Disney is launching DisneyLife, a direct-to-consumer streaming service in the UK.

It rolls out next month and will give subs direct access to a raft of animated shows, TV series and movies.

The Financial Times broke the news. Disney confirmed the launch plans but declined further comment. It is expected to make an official announcement confirming the D2C service later today.

Disney is the latest media giant making a direct-to-consumer play, following the likes of Discovery with its DPlay service and HBO, with HBO Now.

DisneyLife will be programmed with family fare from the Disney stable and not, at launch, the series from ABC and ABC Family in the US.

Disney is not expected to confirm other launch territories later today, but the company has a global channels footprint and it is likely to roll out elsewhere in due course.

The FT reports France, Spain, Italy and Germany are being targeted for next year with the US not in the Mouse House’s short-term plans.

Speaking to the FT, Disney boss Bob Iger said: “This is the future, in many respects. We’re seeing more and more opportunities to reach consumers directly and not through middlemen, and we’re seeing consumers wanting product in different ways.”

Traditionally Disney has worked with pay TV platforms, recently renewing a long-term deal with Sky in the UK for example, and has deals with hundreds of operators around the world.

It also has Disney Media Distribution, which licenses the studio’s product to broadcasters and cable channels globally.

It is not yet clear exactly what content will be available, but it is known that the Disney and Disney Pixar movies will be in the library window.

Classic movies including Snow White, The Jungle Book and the Toy Story (pictured) series will be on offer. Marvel and Lucasfilm titles will not be included.

TBI understands that TV series will be available about a year after their debut on Disney Channel. 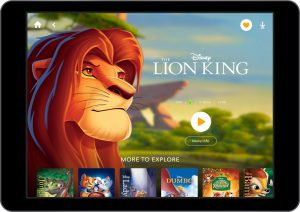 Disney has now confirmed the launch of DisneyLife. It said the service will have a temporary download function, allowing subscribers to watch offline and content will be reversioned into French, German, Italian and Spanish.

Bob Iger said: “Families are accessing entertainment in completely new ways but their love for Disney and our unique characters and stories remains the same.  DisneyLife is a great example of our strategy to utilise technology to connect with consumers in more direct and compelling ways, something that only Disney can do.”

Andy Bird, chairman, Walt Disney International, added: “We have had the privilege of going back through decades of Disney entertainment to curate our largest collection of fan favourites. DisneyLife will put those memorable scenes, songs and stories at your fingertips, and provide families with a new, convenient way to enjoy the magic of Disney at home or on the move.

“The service has been designed by our own dedicated team with a focus on bringing fans closer to Disney than ever before in a highly personalised way.”