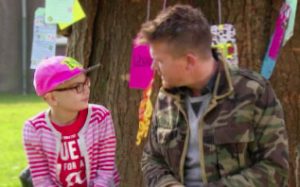 ITV-owned Talpa launched the format at MIPCOM and free-to-air broadcaster VTM is the first confirmed buyer.

In the show, children hang wishes in a ‘wishing tree’, the twist being the wish is not for themselves but for a person they think deserves it.

Talpa head of global sales, Gepke Nederlof, said: “In the current television landscape, viewers are in need of uplifting shows with a positive vibe. This works perfectly with our approach to ‘emotainment’ shows like The Wishing Tree, moving formats that are able to touch viewers with their pure nature.”