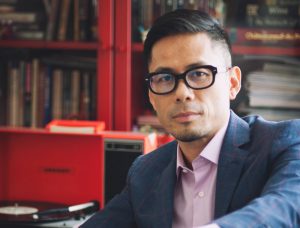 At MediaCorp he will oversee the content strategy across the group’s linear channels and digital offerings as well as programme sales.

Senior content and talent execs, including Doreen Neo, head of studios and Georgina Chang, head of The Celebrity Agency, will report to Cheah when he joins MediaCorp on November 9.

Cheah said: “The role of chief content officer is one of the most exciting jobs in the industry. MediaCorp continues to be a great incubator for creativity and talent, both as a content creator and as a partner to individuals and companies in the industry.”

Prior to his stint at Scripps, Cheah has worked at Star TV and MTV. He has also been a producer, making shows for MediaCorp.

He will report to CEO Shaun Seow, who said: “Our significant investments in content have established a varied portfolio of entertainment products. I am delighted that Chee Kong, or CheeK as he is better known, is rejoining us at MediaCorp.”