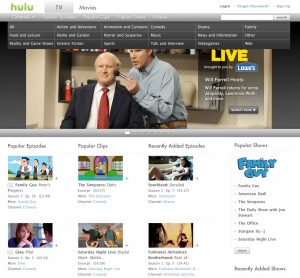 Hulu CEO Mike Hopkins has said there are no plans afoot to follow the likes of Amazon and Netflix into movies and that there are no international expansion plans afoot, for the short term at least.

Hopkins was speaking to US trade The Hollywood Reporter and added that the US$700,000 per episode deal for classic comedy Seinfeld has been good value in light of the attention it has got from customers.

Former Fox exec Hopkins has been running the US streaming and catch-up service since 2013.

He was cool on the prospect of Hulu following Netflix and, to a lesser extent, Amazon Prime Instant Video, into international markets. “We’ll see,” Hopkins said. “It’s not something that we’re focused on at the moment, but I wouldn’t be surprised if we don’t look around the globe in the next year or two and see where else we should be.”

Streaming rivals Netflix and Amazon have both moved into original features, but Hulu has no immediate plans to follow suit. “Movies are important for us, but I’m not sure we’re at a point where we’re going to be doing original movies,” Hopkins said.

The Hulu chief added that the company has ramped up its investment in content since he came on board and refined the strategy for original and acquired programming with output deals with AMC, FX and Turner and acquisitions including Seinfeld (right), South Park and Empire.

Asked whether a sale or IPO was in the offing, he said that Hulu owners Disney, Fox and NBC are focused on building the business before making any decision along those lines.