BBC director of television Danny Cohen is leaving the BBC for a “new leadership challenge”. 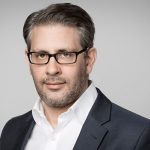 He will leave the BBC at the end of November, with Mark Linsey, controller of entertainment commissioning, taking on his duties in the interim as a successor is sought.

Cohen joined the UK’s public broadcaster in 2007 as controller of BBC Three, before moving up to become controller of BBC One. He was named the BBC’s youngest ever director of television two years ago at the age of 36, handing him control of all of the Corporation’s channels and commissioning teams.

“After eight wonderful years at the BBC, it is time for my next big challenge. BBC Television is on brilliant creative form,” he said. “I feel very privileged to have led Television for the world’s finest public service broadcaster and to have worked with so many smart and talented people.”

At the BBC, Cohen has overseen a staff of more than 3,000 people, a production group creating more than 10,000 hours of programming a year, and a budget of more than £1.5 billion (US$2.3 billion). He has also sat on the BBC executive management board.

Cohen said he had been “approached about a number of exciting opportunities” and wanted “to consider these in an open and transparent way”.

“Danny has done an extraordinary job over the last eight years at the BBC,” said BBC director general Tony Hall. “In a world of intense competition and choice, he has further enhanced the BBC’s reputation for quality programming that is full of ambition and creativity.”

“Danny has led the incredible resurgence of drama on the BBC, having commissioned or overseen shows like Happy Valley, Poldark, Last Tango in Halifax, Wolf Hall, Top of the Lake, Peaky Blinders Doctor Who and the forthcoming Dickensian and War and Peace. He has also made an outstanding contribution to comedy and entertainment, with shows such as Cradle to Grave, Peter Kay’s Car Share, Strictly Come Dancing, EastEnders and The Graham Norton Show. He also led BBC One’s 2012 London Olympics coverage. That is one hell of a CV.”

Before joining the BBC, Cohen was at UK broadcaster Channel 4. There he held roles such as head of youth-skewing channel E4 and head of documentaries.

Upon the news breaking, tributes from the UK entertainment industries poured in. In one, Endemol Shine Group president Tim Hincks said: “The BBC is loved first and foremost because of the range and quality of its programmes and Danny’s key success has been ensuring that creativity has flourished and thrived in recent years.

“The BBC is at the top of its game creatively and Danny has ensured that the BBC has become a real home for great ideas, great shows and great talent: a place where the best people can do their best work. There has been no more passionate advocate of what the BBC stands for and he will be missed both inside the BBC and in the wider UK creative industries.”

Strictly Come Dancing presenter Claudia Winkleman said Cohen had “been a brilliant creative leader of BBC Television”, while actor and presenter James Corden said: “Danny has been instrumental in my development as both a person and a performer. He has a fantastic creative mind and much as I’m sad he’s leaving the BBC, I’m excited to see what he does next.”