Show of the week: Jekyll & Hyde 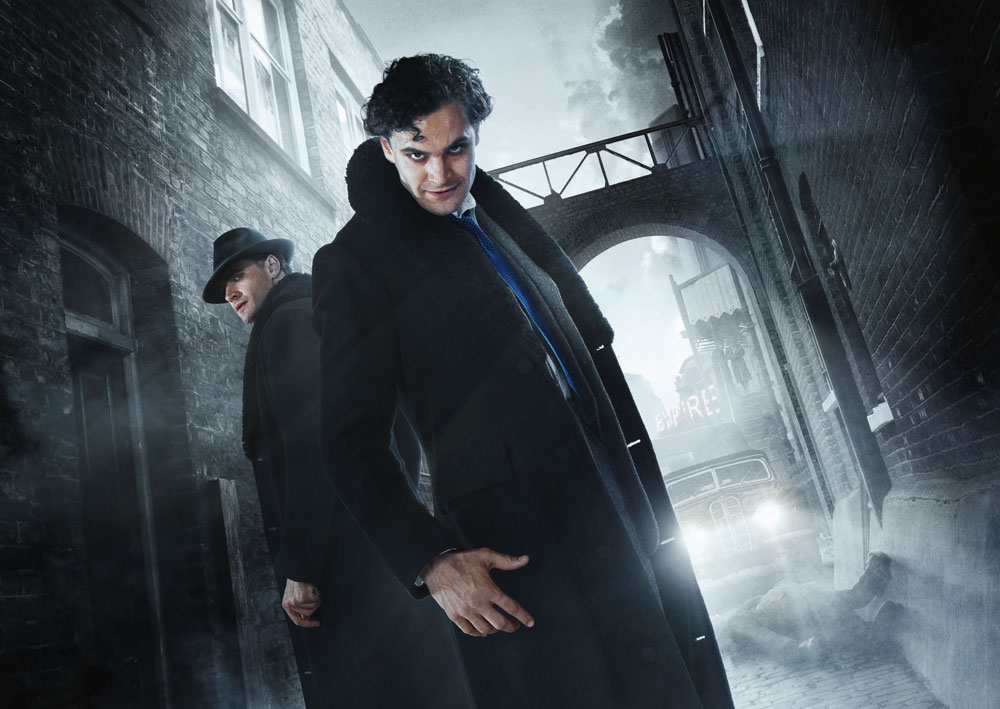 Since the relaunch of Doctor Who on the BBC in 2005, the fantasy-drama-sci-fi hybrid has been one of the most successful brands of British drama. Many of these programmes have been for the UK’s public broadcaster (Merlin, Torchwood, Atlantis), but ITV is set to muscle in on the space with one of this year’s biggest-budget new launches: Jekyll & Hyde. The design is for both UK and international audiences, and the hope is it will become a long-running returnable series.

Based on the 1886 Robert Louis Stevenson novella The Strange Case of Dr Jekyll and Mr Hyde, the series is set in 1930s London. It pays homage to its source material by focusing on newly qualified doctor Jekyll, the grandson of the titular book character, who lives in Asia with his foster parents. Unaware of his past, the naïve Jekyll begins to slip between a pair of alter egos, which leads to a journey of discovery in London as he begins to unravel his family history.

“My starting point for it all was trying to do the type of show I used to watch in the Sixties when I was growing up, which were big, had lots of elements of fantasy, and amazing sets and locations – something with a feel of fantasy,” says Charlie Higson, the ten-part-show’s creator and writer.

As Jekyll’s superpowers emerge, a larger plot unfolds concurrently as a group of monsters living among humans and a shadowy British government division vie for his allegiance. This marks a major departure from the source material, and is akin to the kind of mythologies built around modern-day superhero franchises.

“The original book is quite small; you can read it in one sitting,” says Higson. “What I quickly realised was Jekyll and Hyde was the starting point to so many other stories, in particular the idea of the superhero alter ego. I put it into that sort of X-Men world of opposing forces of good and evil.”

There is also something of a ‘monster-of-the-week’ element, though not strictly in every episode. “The 1930s was the golden era of Hollywood monster movies with Frankenstein, Dracula, the Wolfman and the Mummy, and we have versions of all of those characters,” says Higson.

Tonally, Higson attempted to avoid “the foggy, Victorian, penny dreadful, Guy Ritchie Sherlock Holmes-type approach”, preferring “the 1930s represented in the Indiana Jones adventure films. I wrote a series of young James Bond novels and enjoyed that era, which is recent enough that people can talk and behave in a recognisable manner but can be treated as a fantasy world”.

Early scenes were shot in Kandy, Sri Lanka, which in the series is the British colony Ceylon (David Lean’s classic The Bridge on the River Kwai was shot here in the mid-1950s). Francis Hopkinson, director of drama at producer ITV Studios, says the location offered “great value for money” and a “beautiful place to film”.

This, Higson says, highlights the scope of the project, which is being tracked closely by overseas buyers ahead of its debut in the UK this autumn. ITV Studios Global Entertainment, which won the best distributor gong at the TBI / DTVE Content Innovation Awards this month, launched at MIPCOM.

“ITV had always said they wanted it to be big and to have international appeal that could not be mistaken for a small-scale domestic drama,” he says. “I wrote the Sri Lanka segment and expected we’d end up shooting in Wales or somewhere, but they really responded well because they wanted something big. Normally in TV the question is whether you can scale things back or tone it down. ITV very much wanted a show with cinematic feel and scale.”