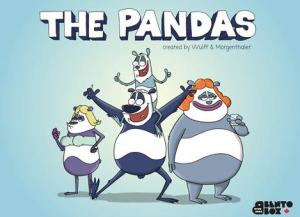 Bob’s Burgers and Bordertown prodco Bento Box Entertainment is expanding out of LA after striking an agreement to launch a studio in Canada in collaboration with Corus Entertainment-owned Nelvana.

Bento Box Canada will look to make primetime animation for the Canadian 18-34 demographic, representing Bento Box’s first international move and Nelvana’s maiden voyage into adult-skewing animation. It will operate from Nelvana’s Corus Quay base and use creative, technical and back office services from both parent companies.

This comes after Nelvana and Bento Box last year entered into an agreement to co-develop series for Corus channel Teletoon at NIght.

The firm has already gone into production on its first show, titled The Pandas and billed as an “irreverent, animated family comedy full of hard jokes, whimsical wonder, biting satire and just the right amount of heart”.

Mikael Wulff and Anders Morgenthale created the show, which Bento Box’s Greenberg called “an ideal first project to launch this collaboration as it brings together a team of strong creators in Wulff and Morgenthaler, as well as the production expertise of both Bento Box Entertainment and Corus.”

Nelvana, which Canadian media giant Corus owns, works in both animation production through Nelvana Studios, which Irene Weibel oversees, and distribution and licensing through Nelvana Enterprises, which Andrew Kerr runs.

“Over the past year, our teams at Corus and Bento Box Entertainment have been collaborating on a creative pipeline that will see a raft of edgy new animated series come to light for 2016,” said Nelvana chief Dyer. “We’re excited to be bringing two world-class teams together to produce fresh new content for the savvy, millennial demographic.”

Nelvana Studios boss Weibel told TBI the collaboration marked an “exciting new phase” for her company, which is best known for its animation in the kids TV space.