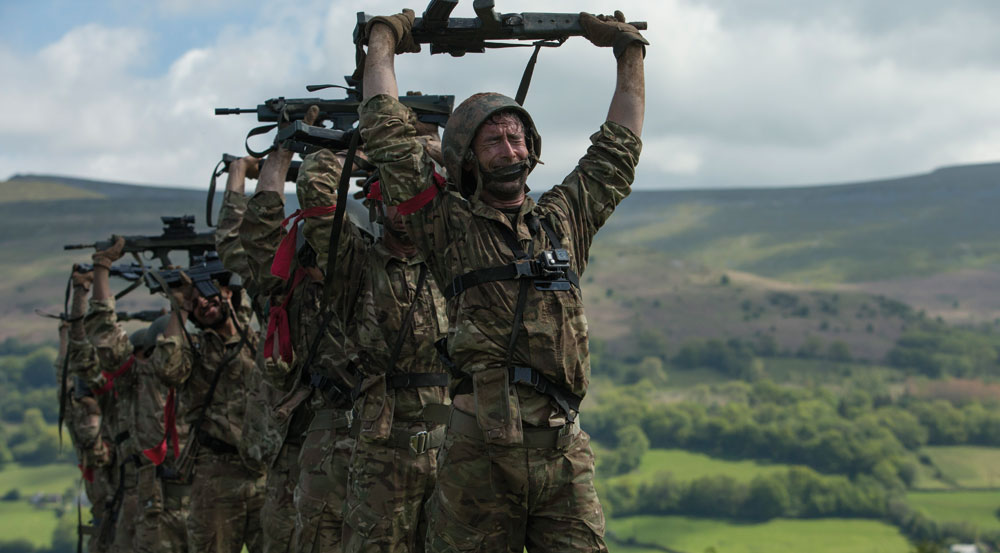 Testing physical and mental limits is a trend that’s emerged in both the real world and unscripted television over past years. It’s perhaps why the survivalist genre, driven by shows such as The Island and Naked and Afraid, is currently so popular.

The UK’s pubcaster, the BBC, has gotten in on the trend with Special Forces: Ultimate Hell Week, a six-part primetime series for BBC Two that will launch in the autumn (but hadn’t at the time of writing).

The show is going on internationally through the BBC’s commercial arm, BBC Worldwide, which will be looking at finished tape sales and format deals.

The original follows 29 ultra-competitive contestants of all ages (including a 50-year-old rugby-playing grandmother) who are put through a week of intense physical and mental challenges – or a series of “living nightmares” such as constant exercise drills, impossible mind ‘games’, lonely enforced marches and interrogation drills.

Each episode focuses on a different challenge used by international military forces – including the US Navy SEALs, the Philippine’s NAVSOG (Naval Special Operations Group), the Russian Spetsnaz (Special Purpose Forces) and the UK’s SAS – that separate the weak from the strong.

This element adds information to the entertainment, says Andrea Olson, BBCWW’s head of factual entertainment and lifestyle. “Viewers may know about the SEALs and SAS, but the show is also offering them a look into other armed forces that they might have never seen before,” she says.

Following the contestants’ journeys are larger-than-life former-cricketer-turned-TV-presenter Andrew “Freddie” Flintoff and a military psychologist. Flintoff plays a supportive role, says Olson, while the psychologist contextualises how the drills are affecting the mental and physical states of the competitors.

Interestingly, though there is no formal elimination element to the format, Olson says it is an elimination show. They can go three ways; one, by quitting if it gets too tough; two, if the military experts feel they are not up to the challenge; and three, if they are injured and cannot continue.

“The show has that really broad appeal, with the potential to play in primetime internationally,” says Olson, noting there is focus on both the difficulty of ‘Hell Week’ and team-bonding.

“It has a mix of jeopardy and entertainment, and what makes it stand out is we’re accessing a world many won’t know about.”