Kirsty and Phil party with Beyond 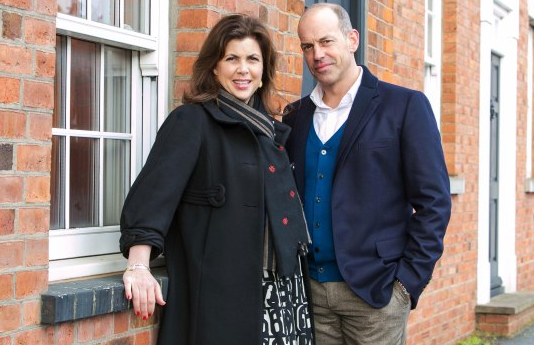 The pair, whose new show Love It or List It UK goes out through Beyond, will be at MIPCOM for the event, and also attend other press and client engagements.

Love It or List It comes from Raise the Roof Productions and is for Channel 4 in the UK. Good ratings have led to a second season commission.

“It is fantastic news that Kirstie and Phil will be joining us on the French Riviera,” said Danika Porter, Beyond’s head of international marketing. “They are such icons in lifestyle television and Beyond is very proud to represent their latest series.

“Love It or List It UK was an instant success in both the UK and with our international broadcasters. MIPCOM is a great opportunity for our clients to meet the dynamic duo personally.”

The one-hour series for Evasion in Canada follows host Cyril Chauquet as he seeks out dangerous and colossal underwater creatures in remote parts of the planet.

Spike in the UK recently began running the show, which is the first Beyond has taken from Chauquet’s prodco Untamed.

“We’re looking forward to launching this title at MIPCOM and believe it will be one of the hits of the market,” said Beyond’s head of acquisitions Caitlin Meek-O’Connor. Cyril is a fantastic host; brave and engaging