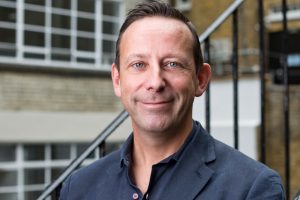 At Arrow, he will oversee the Channel 4-backed prodco’s move into features.

Wright will report to Arrow founders Tom Brisley and John Smithson, who said: “A move into features seemed like a natural fit for us, especially as broadcasters in both the UK and US start to look more and more to cross genre commissions.”

Wright added: “The team here have made some of my all time favourite documentaries and factual series. So to be joining the company at a moment of expansion and bring my features sensibility to the table feels like a perfect fit.”

Arrow has also hired James McGregor in the the newly created role of head of legal and commercial affairs.

McGregor has been in legal roles at UK prodcos Optomen Television and Zodiak Media.

He also spent six years at the BBC, as a legal and business affairs manager.