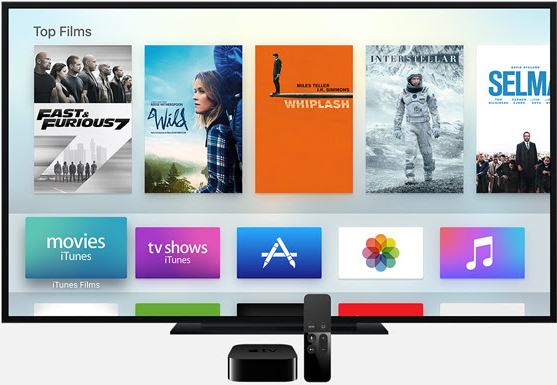 Tech giant Apple has unveiled its next generation Apple TV device, claiming that the new device was built from ground up and that “apps represent the future of TV”.

The revamped streaming box will run on the new tvOS operating system, based on Apple’s iOS, allowing iOS developers to create new apps and games specifically for Apple TV. These will be delivered to users through the new Apple TV App Store.

The touch remote, with built-in ‘accelerometer’ and ‘gyroscope’ will also let developers create “games and other app experiences that have never been seen on TV before,” according to Apple.

“There has been so much innovation in entertainment and programming through iOS apps, we want to bring that same excitement to the television. Apps make the TV experience even more compelling for viewers and we think apps represent the future of TV,” said Eddy Cue, Apple’s senior vice president of internet software and services.

The new Apple TV will run on the Apple-designed A8 chip and retail from the end of October, priced at US$149 for a 32GB model and US$199 for a 64GB model.

This marks a significant premium on the existing generation of Apple TV, which sells for US$69, and other streaming rivals like Amazon’s Fire TV box.

The Fire TV box launched in the US in April 2014 for US$99 and also offers voice control along with some 2,000 channels, apps and games. A cheaper Fire TV stick retails for US$39, while Google’s Chromecast sells for US$35.

At a launch event in San Francisco yesterday, Apple also introduced a new, larger iPad Pro, which includes a 12.9-inch Retina Display, as well as the iPhone 6s and iPhone 6s Plus, and Apple WatchOS 2.