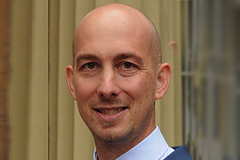 What do I love about Europe? There are so many elements: the varied climate and scenery, the melting pot of ideas that both compliment and contrast and the cultures that can thrive and do business under a single market.

The European Commission’s objections and probe into country-specific TV rights deals, however, will not only destroy the rich diversity of content, but will also greatly impact the very way in which we have funded our animation projects for years.

The days of marching into the BBC and being given a cheque for the full value of your project are long gone. As a result, many of us hardy and adaptable souls sometimes willingly, or at times out of necessity, form complicated European coproduction structures, and fund our shows largely on a territory-by-territory basis.

The proposed changes will threaten territory-specific deals putting the funding model for original content in jeopardy. There will be less cash for new programming and jobs will be at risk.

There is much to celebrate in the cooperation we have with many of our European partners, and none of that is more evident than at the Cartoon Forum. It’s a wonderful melting pot of European animation talent and programming, and a place where we get together with broadcasters and try and shape deals on a territory-by-territory, channel-by-channel basis.

These deals form the backbone of our budgets. Should these be removed there is a possibility we will be disincentivised to work with European partners, which is clearly not the intention of the European Commission.

Without the ability to fully finance shows through individual territory presales, most projects simply wouldn’t be able to secure the full funding to move ahead.

Even the bigger animated shows that already have the US and other international territories on board are still unable to secure financing without several EU partners, a large overdraft and bit of luck.

Another possibility will be that without these exclusive deals, broadcasters will pay less and producers will have less money to invest in quality content for the consumer. This applies even more so to the significantly under-funded kids market where our local broadcasters often at best can only supply us with 30% of our budgets.

Many of our shows are funded by presales and private money, and the last thing our industry needs is to be made less investable. Tax credits and enterprise investment schemes have helped a resurgence in the UK animation market place and the long-awaited children’s TV tax credits will hopefully provide the same boost. If we are unable to secure the presales as well as the media funding, we could see our industry slide back into decline.

This is not just a UK problem. The smaller producers from around Europe rely heavily of the larger territories to help get their shows off the ground.

With a need to protect their content this could force the producers to find alternative models of financing or risk being put out of business.

Unfortunately in a European market place with many countries tightening their belts, I do not see what other route to market they have.

With British Screen Advisory Council, PACT and other organisations now in full lobby mode, I have high hopes we can secure concessions on this. However, with the looming EU referendum here in the UK, I wonder what the appetite is at Number 10 to fight this?

The UK government has been broadly very supportive of our creative industry with the wonderful work done by Ed Vaizey at the Department of Culture, Media and Sport and the inspired creative tax credits from [UK Chancellor] George Osborne. Let’s hope they fully understand the implications of these proposals and fight it with required amount of vigour.

Perhaps a good compromise would be to adopt portability in licensing arrangements, while still protecting the fundamental principle of territoriality of rights.

If we don’t reach a compromise then I have no doubt current plans will harm diversity and the quality of content for the consumer and will have the biggest impact on medium- and small-sized producers, who will have less ability to adapt than larger companies.

While the impact will be felt in the other TV genres and indeed the film sector, I fear that it is children’s, and in particular animation, that may suffer the most.

Oli Hyatt is the co-founder of Blue Zoo Animation