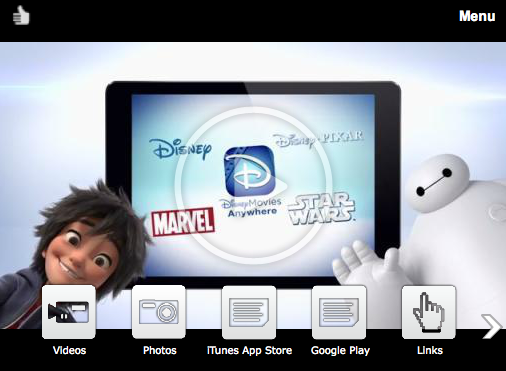 Disney’s cloud-based movie service Disney Movies Anywhere is launching as an app for Roku and Android TV devices in the US, as part of awider expansion of the service.

The Disney Movies Anywhere app will be available on Roku and Android TV on September 15. The service already works with iTunes, Google Play, and Walmart’s Vudu streaming and download offering.

“We’re thrilled to bring these new partners to Disney Movies Anywhere, expanding its reach into the living room and beyond with an unprecedented Disney experience that is both easy and fun,” said Janice Marinelli, president, Disney/ABC Home Entertainment and Television Distribution.

“As consumers seek to build their digital libraries and protect their purchases for the long term, Disney Movies Anywhere makes it easier than ever to buy once and watch anywhere.”

Disney Movies Anywhere is a cloud-based digital movie service that is designed to make it easy for viewers to buy Disney, Pixar, Marvel and Star Wars movies and watch them across different devices. The service includes more than 450 digital movies and “hours of new and exclusive short-form content”.