SundanceTV in the US and Australia’s ABC are attached to a new big-budget drama epic set in the near future. 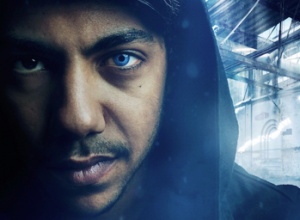 The series is set in a near-future in which humans become increasingly hostile to a group of ‘non-humans’, with the story centring around two Indigenous brothers forced together to fight for survival.

Production is set for Sydney, Australia, with Screen Australia, Screen NSW and the New Zealand Screen Production Grant all contributing to the budget.

SundanceTV and AMC president of original programming and development Joel Stillerman said Cleverman’s commission showed SundanceTV was “becoming the US home to some of the most intriguing and interesting television shows from around the world”.

“We were drawn to Cleverman‘s originality, character-driven storylines and thought-provoking nature – qualities central to many of SundanceTV’s signature series,” he added.

SundanceTV’s sister channel, AMC, had a big hit recently with another sci-fi-themed international coproduction, Humans, which has been renewed for a second season.

Red Arrow has international sales rights and plans to debut the show globally next month. “This bold and ambitious project is both hugely original and very timely and relevant in its theme,” said Red Arrow International managing director Henrik Pabst.