The German arm of European pay TV operator Sky is launching a dedicated James Bond channel, which will launch in October and be available for three months. 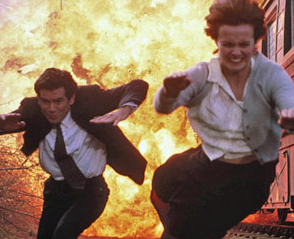 In the UK, Sky has previously rolled out a Sky Movies offshoot channel showing all of the Bond movies. It was available for two months in 2012.

In Germany, Sky 007 HD will roll out on October 5 and run until December 6. It will show the complete catalogue of Bond movies, which are distributed by MGM. The Bond promotion has been timed around the launch of the latest movie in the franchise, Spectre, in October.

“Sky Deutschland’s innovation and dedication to the Bond franchise is unmatched and we are thrilled to have Sky 007 HD deliver these classic films to new and old audiences,” said Chris Ottinger, president, international television distribution and acquisitions, MGM.

The movies will also be available on Sky’s on-demand and catch-up services. Titles shown through the marathon include Dr No, Casino Royale, Never Say Never Again and more recent installments in the series such as Skyfall.

Gary Davey, managing director of content and executive VP, programming, Sky Deutschland, said: “Experiencing this iconic franchise in a way that German viewers never have been able to before was our mission when we made plans to create a dedicated channel devoted entirely to James Bond.”