Netflix has 4.4 million paying customers in the UK and Amazon Prime Instant Video 1.2 million, according to communications regulator Ofcom.

The numbers were contained in Ofcom’s annual Communications Market Report. The regulator said that 15% of its survey respondents now use an SVOD service more regularly than a year ago, while 7% were using SVOD less.

Another key takeaway is that the streaming services’ original programming is significantly less popular than movies and acquired series.

The Amazon numbers suggest a decent turnaround for the service, as the previous Ofcom Communications research reported “a dramatic decline” in numbers in the wake of LoveFilm being folded into the wider Amazon Prime proposition. As of April 2014, the unique audience was under one million. 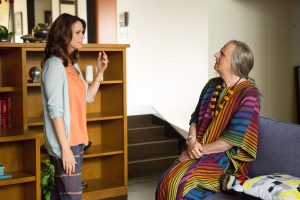 At the same point Netflix had 3.9 million subs, suggesting growth of about 500,000 over the subsequent year.

Its latest research, however, that while Netflix and Amazon have invested heavily into original scripted programming such as House of Cards (top) and Prime Instant series Transparent (right), the main reason for subscribing to a streaming service was access to a back catalogue of movies.

It reports that 75% of paying SVOD customers in the UK watch films, 49% US series, 37% UK series and just 31% original programming such as House of Cards. About 23% access kids programming via their SVOD service.