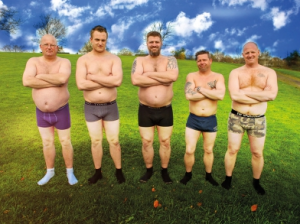 The format, which hails from Denmark, will also be remade in the Netherlands, for RTL, and Sweden, for TV4.

In Germany, Red Arrow-owned Redseven will produce VOX’s version, and casting is already underway ahead of a debut next year.

“This format is about portraying male self-image in an authentic, witty and humorous way,” said Kai Sturm, editor-in-chief and head of entertainment at VOX.

“It will be a blast especially for our female audiences, who will have the chance to see what really makes men tick and what incredible performances they are capable of.”