Disney Channel rolling out in Canada 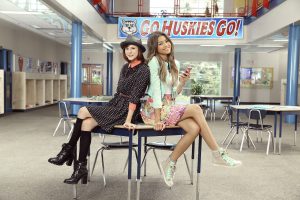 Disney Channel will launch in English and French in Canada next month.

The channel will be run, under licence, by Canadian media giant Corus Entertainment and replace its Télétoon Rétro service.

Disney Channel and its French counterpart, La Chaîne Disney, will roll out in September 1, and the launch line-up for the new services will include animated series Marvel’s Guardians of the Galaxy, which will launch day-and-date with Disney XD in the US.

Canadian pay TV services have to be majority-owned by local companies, and Corus has a licence deal with Disney/ABC Television Group for the Disney Channel brand in the country.

Corus said the most popular Télétoon Rétro shows will now play in daytime on the main Télétoon channel.

The Disney XD channel in Canada was run by DHX, which this year replaced it with its Family Channel services.