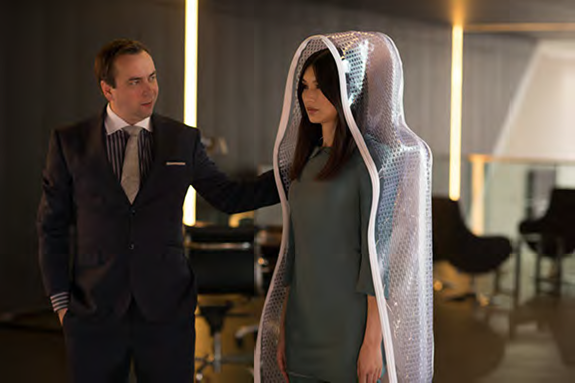 AMC Global will run the 8x60mins first season in all territories (except the UK where it is on coproducer Channel 4) after a deal with distributor Endemol Shine International.

The networks will also get the second season, which is planned to launch next year.

The show is set in a parallel world suburban London where families use highly-developed artificial intelligence servants, and comes from Channel 4, AMC and Endemol Shine Group-owned drama prodco Kudos.

AMC Global will also simultaneously launch martial arts-themed drama Into the Badlands around the world – again excluding the UK, where it will go out in 2016 – with the US debut on Sunday, November 15.

In further AMC news, the cable channels operator has ordered a second, extended season of the much-anticipated Walking Dead spin-off Fear the Walking. This will also air on AMC Global in 2016.

“AMC Global is delivering audiences around the world a superb line-up of exclusive original dramas anchored by our upcoming worldwide premiere of Fear the Walking Dead,” said Bruce Tuchman, president of AMC and Sundance Channel Global.

“Humans and Into the Badlands offer inspiring storylines with outstanding production values that will transport and captivate viewers. We’re thrilled to continue to showcase the incredible new dramas coming from AMC US with a run of premiere content on our channels worldwide through the end of the year.”

AMC Global launched internationally late last year after AMC Networks rebranded the MGM Channel it had acquired through the deal for channel operator Chellomedia, and is currently in 125 territories.