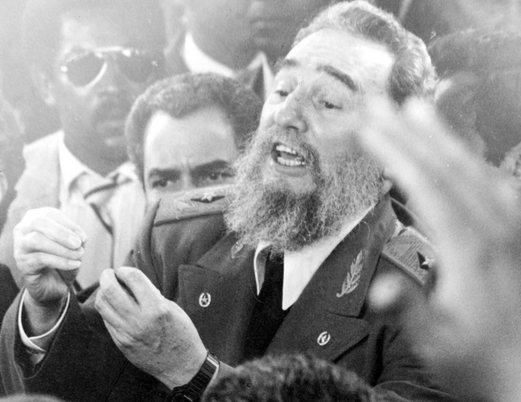 A documentary looking at the life of Cuban political leader Fidel Castro will launch in 220 Discovery Networks International territories and on American Heroes Channel in the US this fall.

Castro: The World’s Most Watched Man is a joint project from Discovery Networks Latin America/US Hispanic from Pacha Films.

The doc will look at the life of the Castro, who overthrew the corrupt dictatorship running Cuban in the mid-20th century and installed a still-standing Communist regime.

For many years a key enemy of the American state, it is rumoured there have 600 attempts to assassinate him. More recently he has passed over power to his brother, Raul, and relations with the US have thawed, especially under the Obama Administration.

“Without a doubt, Fidel Castro is a controversial figure who has had an impact on generations of Cubans in and outside the island, as well as many people across Latin America,” said Enrique Martinez, president and managing director, Discovery Networks Latin America/US Hispanic and Canada.

“This original production will deliver a unique perspective into the character of this polemic leader that is bound to spark robust discussions regarding his legacy and place in history.”

AHC executive VP and general manager Kevin Bennett added: “The timely news of Cuba and the U.S. restoring relations, along with Castro’s deteriorating health conditions, opens up a momentous opportunity for us to document this iconic and unfolding story.

“AHC is dedicated to telling the stories of not just heroes but all of history’s most legendary characters, and we are thrilled to partner with Discovery Latin America for a unique, international perspective on one of the world’s most infamous leaders.”

Luis Del Valle serves as executive producer for Pacha, with Michela Giorelli and Max Culhane doing the same for Discovery Networks Lat Am and AHC, respectively.