Discovery to buy rest of Eurosport

Discovery Communications has agreed to buy the 49% stake it doesn’t already own in Eurosport from French broadcaster TF1 for €491 million (US$540 million).

The deal comes after Discovery upped its stake in the sports broadcaster from 20% to 51% last year, with TF1 is now exercising a ‘put option’ on its remaining share in the business – a right, but not an obligation, to sell its stake at a price set as part the companies’ earlier 2012 agreement.

“In 2012, we began our investment with a 20% stake in Eurosport and increased that investment to 51% more than a year ago,” said Discovery president and CEO David Zaslav (pictured).

“Taking full control of Eurosport is the culmination of our commitment to strengthening Eurosport as a premier sports brand and fully integrating this business within Discovery’s unmatched global portfolio.” 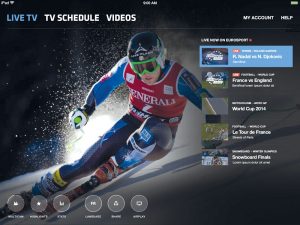 At the same time, the deal includes a provision for TF1 to buy back Discovery’s 20% interest in French channels TV Breizh, Histoire, and Ushuaïa TV for €15 million. The companies said this transaction and the Eurosport takeover are both expected to close at the beginning of the fourth quarter.

Nonce Paolini, chairman and CEO of TF1, said: “We are delighted by the excellent relationship between Discovery and TF1 since we began our partnership in 2012. After an initial phase of creating value via acquisitions of equity stakes, which accelerated the development of Eurosport and the theme channels, we intend to continue our collaboration in the years ahead.”

Discovery and Eurosport claim to have acquired more than 7,500 hours of coverage for the channel since May 2014, with rights covering the likes of the UEFA Champions League, Europa League, and Bundesliga football, Major League Soccer, Spanish cycling, and Winter Ski Jumping.

Discovery/Eurosport also recently won the TV and multiplatform rights for the Olympic Games from 2018 to 2024.

Speaking on Discovery’s earnings call last year to announce its full-year 2013 results, Zaslav described Eurosport is “the ESPN of Europe” and “a fantastic asset”.