Miramax on the block for US$1 billion 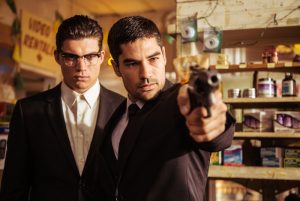 The owners of Miramax are weighing selling the company and, if they proceed, have put a price tag of about US$1 billion on the US producer and distributor.

Bloomberg broke the story and reported that Miramax is talking to banks about a possible sale. The company has a deep movie library and has also moved into TV with Dusk Till Dawn: The Series (pictured) and the upcoming Good Will Hunting TV series.

The company is owned by Colony Capital and Qatar Holding. They bought it for US$660 million from Disney in 2010.

Miramax has already had discussions with at least one potential buyer, according to Bloomberg. Lionsgate has long been linked with a move for its fellow indie studio.