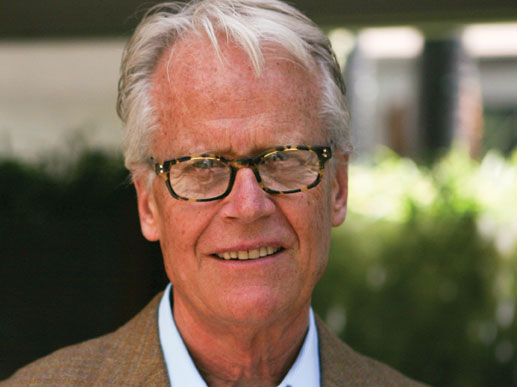 Following the NATPE Europe event in Prague again last week, outgoing CEO Rod Perth tells TBI about how the market is faring as economies in the CEE region continue to struggle. He also reveals about his plans for appointing a successor to helm the not-for-profit organisation as he prepares to stand down.

TBI: You have moved your signature US event to Miami and NATPE Europe from Budapest to Prague. The CEE and CIS regions face both political and economic challenges, how is NATPE Europe adapting to take these into account?

RP: Evolution means you have to adapt to the conditions and realities of the business climate and I think one of our strengths is we are nimble and we recognise the potential here. Also, some of the issues we are dealing with, which are a troubled (regional) economy and shifting political issues, have had a profound impact on the region.

TBI: And Russia and Ukraine in particular are challenged?

RP: Yes, Russia, Ukraine have basically frozen buying and selling decisions in those regions and that has had an impact. But NATPE is back in the CEE region because it believes in its growth potential here, and that we provide something that is fresh and unique with a combination of the studio screenings and the major conference component we have added. When you can sit in a room with commissioners from the likes of the BBC and ITV, and a creator and showrunner like Adrian Hodges (Musketeers), in an intimate setting it is a big additive for people in the region.

TBI: The key challenge will always be attracting the right buyers and buyers in sufficient numbers. How have you addressed that?

RP: It is always a challenge and been more difficult this year because of the issues I have talked about. If a buyer is restricted due to the fact they are politically limited in terms of their options by things that are out of their control, it is a little difficult for us to convince them you should come to Prague, but we have faith that they will be back and that these things even out.

We want to continue to signal to this region that we belive in it and that we are investing, year after year after year. My policy is to listen, be open to feedback, respond to that feedback and invest back into what we do. Each year it has gotten better and better. I am proud of what we have done under increasingly difficult conditions.

TBI: There are various rumours circulating about the venue changing back to Budapest. Are you committed to NATPE Europe remaining here?

TBI: Several of the Hollywood studios were screening here, but Disney and Fox weren’t. Why was that?

RP: Fox is not because of a change of strategy that had nothing to do with NATPE; they have decided to send their sales teams out to regions to have one-on-one screenings. But we still have Warner Bros., the biggest producer of television in the world, and CBS, which is one of the biggest. We also have NBC/Comcast, Lionsgate, MGM and Sony.

TBI: You are vacating the CEO role at NATPE; how active are you in terms of succession planning?

RP: I decided to step back from being president and CEO, but will be on the board and executive committee of the board. I’m hiring my replacement and I’m going to mentor that person for several months, for however long it takes. I’m here through next spring at least.

TBI: When will we know who the new boss is, and when can we expect the appointment?

RP: The person will be in place hopefully by September or early October. They will – initially – report to me. I will hand it off in a seamless way so people know there is continuity and all of the momentum we have enjoyed will continue, and that person will take it to their next level.

TBI: What do you think your legacy will be at NATPE?

RP: Hopefully, that NATPE has understood and embraced the notion of tearing down the silos that existed between the traditional Hollywood infrastructure and the digital silo that existed with its own language, and the results are clear. NATPE has created this wonderfully diverse event [in Miami] that brings everyone together in new and fresh ways.

TBI: What are your plans post-NATPE?

RP: I’m not retiring – it’s a word I don’t understand, but I think that time for me to be less immersed, to take a little time for myself and my family as well as rediscovering investing in new digital businesses, and hopefully teaching again at the University of Southern California, which I loved.

I will remain an active part of NATPE and also restart my consultancy business. Now I think I am so much better positioned and have whole view of the world, and what I can offer is, hopefully, enormous to a handful of good clients.