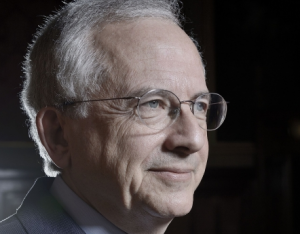 Schrameck (pictured) told a meeting organised by channel providers association ACCeS that linear pay TV services and SVOD services were increasingly competing in the same space, but that the regulatory regimes governing each were very different, and that this had to change.

Admitting that there is little the CSA can do in the short term to bring about Europe-wide regulation that recognised the importance of cultural creation, Schrameck said that the CSA could nevertheless take some steps to provide relief to domestic pay services.

Currently, he said, pay TV channels are heavily regulated and subject to much stricter content creation obligationsthat non-linear services, and that the only advantage they have – access to film titles in line with the country’s strict windowing rules – applies only to movie channels.

Schrameck said that channel providers rarely financed content above the 70% threshold that gives them the right to distribute that content exclusively. He said that non-terrestrial channel providers should be subject to a revenue threshold – say of €1 million (US$1.1 million) a year – and progressively staged obligations in financing content, just like SVOD services.

He said that movie channels should also be given greater rights to distribute certain content and that a greater proportion of European ‘non-EOF’ – non-French language – content should be taken into account in estimating the contribution of channels to quotas.

Schrameck said that the CSA would also conduct an in-depth analysis of pay TV distribution that would take into account the changes taking place in the market such as the growth of OTT and non-linear services.

Schrameck separately said that the CSA had welcomed the merger of Numericable and SFR as it created a new actor that would provide competition in the market, even though the CSA was aware of the risks and uncertainties associated with a deal of this scale.