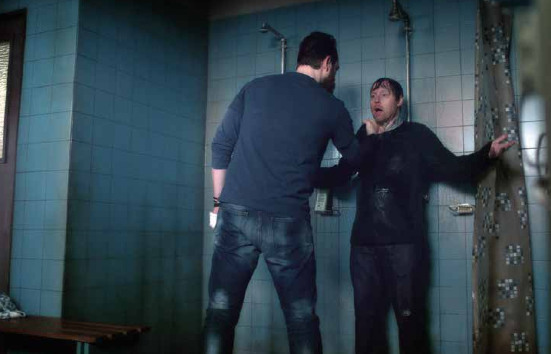 AMC has gone straight-to-series on Broke (WT), a drama based on Denmark’s Bankerot.

AMC Studios, which has today restructured as it aims to own more programming, will coproduce the 10-part, one-hour series with Lionsgate Television. The pair previously came together for Mad Men, which ended its seven season run in May.

Based on a DR drama (pictured), Broke will follow two best friends, one a brilliant chef in trouble with the mob and the law, and the other a widowed male sommelier with a teenage son, who decide to take a last shot at opening a restaurant together.

The order is the latest example of a Scandinavian noir being adapted for US screens, with other series such as The Bridge, Those Who Kill and The Killing remade for American networks in recent years.

Dexter alumnus Clyde Phillips is adaptating the drama for AMC ahead of a 2016 airdate. He will be writer and showrunner, and his Clyde Phillips Productions will be an associate producer.

“Broke is unique, edgy and sexy. I can’t wait to jump in and help it evolve into a ground-breaking bit of television,” said Phillips. “More than that, I’m looking forward to continuing what’s been a remarkable partnership with Lionsgate, and starting out on an exciting new adventure with AMC.”