Sky Deutschland on binge versus linear

Viewing habits for different top titles vary hugely amongst Sky Deutschland’s base, with non-linear and binge viewing much more popular in the case of some series than for others, according to Jörg Allgäuer, VP, corporate communications, speaking at the Connected TV World Summit yesterday.

Allgäuer said that 53% of viewers watch HBO’s Game of Thrones on its linear showing. About 34% watch it on the Sky Go TV everywhere service and 13% on the Sky Anytime on-demand service. The operator recorded a total of 2.05 million viewing contacts for the series.

Netflix’s House of Cards, for which Sky currently has an exclusive deal in Germany, on theother hand is watched by 64% of its viewers on Sky Go and only by 18% on linear TV, while.18% view it on Sky Anytime. Sky recorded 1.48 million viewing contacts in total.

Allgäuer said he believed the pattern showed the impact of viewing by different age groups. 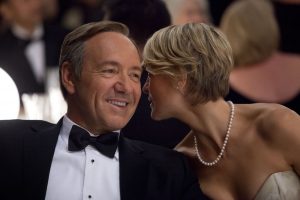 He said House of Cards is “a younger show”, from a supplier that promotes binge viewing. All episodes are made available at once on Sky Go. “People watch it on mobile devices even though they could watch it on TV,” he said.

Allgäuer said OTT has become “the game changer” in pay TV and multiscreen TV and that personalisation are becoming mainstream. OTT enables broadcasters to make money from deep catalogues. Special interest content can now be exploited economically, he said.

Customer satisfaction ratings have not gone up massively but customers now know they can do what they want, said Allgäuer.

Sky Go now records about 120 million sessions a year. Top series are available across all screens, with older episodes, for example, being made available on Snap.

Allgauer said Sky had to get into its own productions to develop exclusive content, citing Fortitude and Babylon Berlin as examples of its investment in original drama content.

Sky in Germany is the market leader in pay TV but only has 4.2 million subs, showing it has a lot of room for growth, said Allgäuer. The last five years have given the broadcaster a solid lead in HD in Germany and have also established it as the most innovative player.

Allgauer said evidence showed that Netflix membership in Germany is sporadic, a problem that is also faced by Sky on OTT services.

Allgauer said that the library model of Netflix did not work as well in Germany because of the widespread availability of free TV services that show library content.

He said that younger people are signing up for pay TV in Germany, while their parents relied on free TV, the opposite of the phenomenon seen for example in the US, where younger people are increasingly failing to sign up to pay TV.