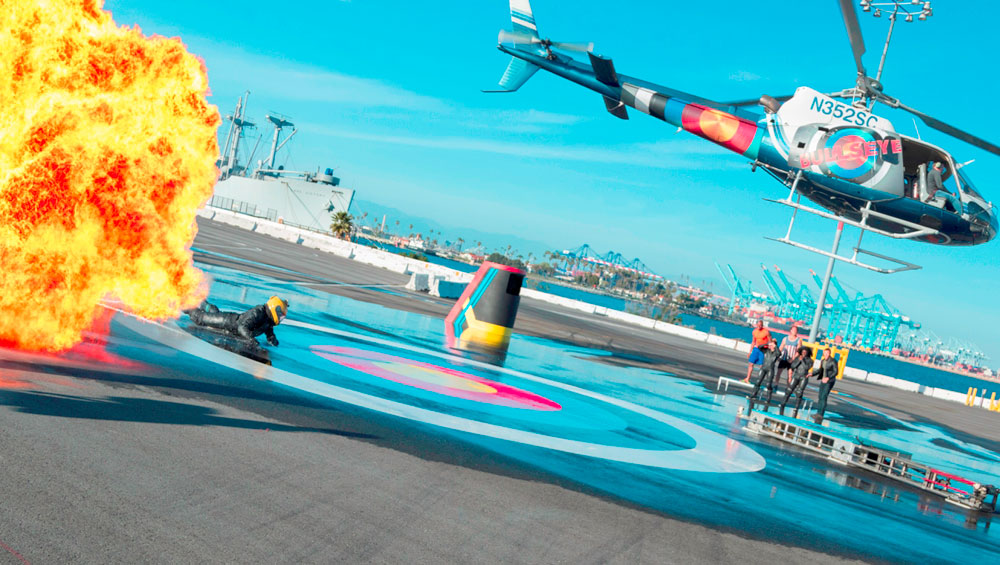 Endemol Shine Group regional CEO Marina Williams tells TBI how the production giant is working with its enlarged catalogue, how the central and eastern European and Middle Eastern markets are evolving and what the big bets for NATPE are

While there’s been much change following the merger of Endemol, Shine Group and Core Media, Endemol Shine Group’s CEO, CEE and MENA, Marina Williams, says her regional division has avoided much of the upheaval.

The key task has been amalgamating the large Endemol and Shine catalogues into one book. “It’s been an exciting process putting the catalogues together,” says Williams. “Sometimes when you do that you find there is overlap, but luckily there are not so many similar formats in the two.”

Williams describes 2015 as “a year of transition”, but says her sales staff have quickly got up to speed with the new product, and are now benefiting from a slate that includes two of the biggest global formats.

“To have two major brands such as MasterChef and Big Brother under one roof for the region is quite incredible,” she says.

Big Brother has had renaissance in the region and is, for example, returning to the Balkan region after a pan-regional deal that saw Serbia’s B92 and Croatia’s RTL co-commission a version, which will be made at a local production hub. Serbian prodco and long-time Endemol collaborator Emotion will produce the reality show. MasterChef, meanwhile, has wide distribution across the CEE and MENA regions, with versions in territories such as Albania, Hungary, Slovakia and Turkey. Williams says a new focus is placing the kids version, Junior MasterChef, with broadcasters.

Comedy singing format Your Face Sounds Familiar is Endemol Shine’s current local hero in central and eastern Europe, however. At NATPE Europe Endemol Shine International will be pushing the show along with new efforts Village Cook Off and Bullseye (pictured).
Village Cook Off  is a weekly primetime SVT series in which two celebrity chefs return home, select local cooks and prepare menus based on the town’s culinary traditions; while Bullseye recently debuted on Fox in the US. The physical gameshow sees contestants act as human darts as they attempt to hit targets. This could mean diving off a moving truck into water or hanging off of helicopters.
“Our clients don’t have such exciting, bright shows as Bullseye, so we have great hopes, and we think a hub for the show would work for broadcasters in our region,” says Williams.

There has also been interest in a Polish version of The Bridge, though no deal is in place yet. Endemol Shine has instead been focusing on its established Russian scripted production business, WeiT Media, and new Turkish drama base, which is behind big-rating series Broken Pieces.

An ad-market crash and trouble with the ruble have meant for a bad year in Russia, though Endemol Shine would normally develop 20 scripted series per year and aim to get between three and seven on air in the territory.

In Turkey, “my target is three different titles on air each year”, says Williams. “This year was interesting in that Broken Pieces was such a success and we had so many episodes [to produce] that we had to decide whether to do another series or focus on making it an even bigger success.”

Global Agency sells the show, and Williams says distribution of future products will be considered on a case-by-case basis. “We will evaluate the best approach for distribution in each circumstance. There are always a lot of offers locally for distribution and our team will look at how our shows can fit in with the packages on offer. We will definitely consider whether we should sell them ourselves in future.”

Meanwhile, Williams is now solely on charge of the CEE and MENA region after international operations co-chief executive Gary Carter, who had regional oversight, quit his post.

“I’m continuing in my role managing territories across central and eastern Europe and the Middle East and North Africa. We have Pascal Dalton and Natalie Bushaeva attending NAPTE Europe, the teams are in place and we are full steam ahead. It’s good news.”