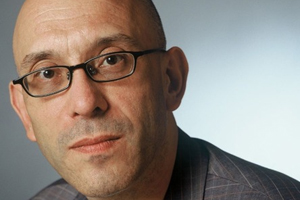 Ackerman (pictured left) will be Pulse’s managing director of non-scripted television, while Cooper (pictured below right) has been named creative director.

Ackerman and Cooper will oversee expansion of the television business, focusing initially on documentaries, doc series and factual formats, though TBI understands there are also scripted projects in the offing.

He was formerly MD and chief creative officer at Jamie Oliver’s Fresh One, which FremantleMedia backs, and while there was behind series such as Dream School, Jamie Oliver’s Food Revolution and Idris Elba-coproduced doc How Hip Hop Changed the World.

Cooper, meanwhile, had been commissioning editor, documentaries at UK broadcaster Channel 4 since 2011. During that time, she greenlit shows such as The Fried Chicken Shop, My Granny the Escort and The Night Bus, as was responsible for the Cutting Edge stand. 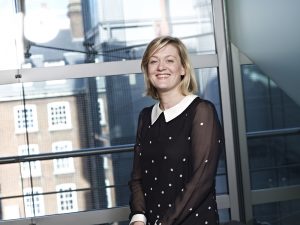 Pulse, best known for Sky1 doc series Pineapple Dance Studios, described a fully-fledged non-scripted TV arm as “the final building block of the company’s distinctive, multiplatform business model”, which would sit “at the forefront of the next stage of Pulse’s growth”.

“We now have the team that will draw on the skills, talent and attitude of the rest of Pulse and bring to the market the next wave of thought-provoking, boundary-pushing TV ideas,” said Pulse co-founder and CEO Thomas Benski (pictured).

“This is such a great moment in television and these appointments will allow us to create a bigger footprint in the medium and enable us to be a major supplier for broadcasters both in the UK and overseas.

“Pulse’s offer stood out from everything that came my way,” added Ackerman, who before Fresh One was creative director at Man Vs Wild producer Diverse Production.

“I was genuinely excited and inspired by Pulse’s culture, its brand and its clear differentiation from all the other media companies around. Its plans for growth in television and its vision worked with what I want to do.