A pair of originals from New Form Digital, the studio director Ron Howard and Discovery Communications co-created, have found homes with multi-channel networks. 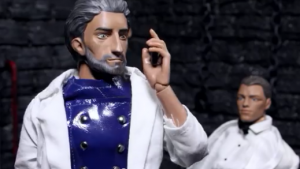 “Since New Form Digital launched one year ago, we have produced twenty-five pilots and have seventeen series in production,” said NFD’s chief creative officer, Kathleen Grace. “That means there is a hunger and desire for the type of scripted stories we are telling, and that is exciting for us and the creators.”

From the second initiative Party Girl is a 10-episode series from Lisa Schwartz and Lacey Friedman about a former It Girl who now works a princess performing at kids parties in LA, while the eight-part Shitty Boyfriends is written and created by Jessica Cabot. It follows an smart female feminist cartoonist who struggles with men.

Both series were sold prior to production. The other nine projects were released yesterday on NFD’s YouTube page.

The other second round projects are prank series 10:31, which features YouTube pranksters Silent Death; psychological thriller The Dreams of Emma Bloom from Pereira & O’Dell; a comedy from Jack Howard and Dean Dobbs about a fake ghost-busting team, Ghost Fighting Corporation; and dark drama Cold from Emily Diana Ruth.

Benjamin Cook’s dark comedy The Imp of the Perverse; stop-motion animation series Dr. Havoc’s Diary (pictured); weed dealer-themed conspiracy series Grrl Scouts from Mike Diva; and Wong Fu Productions’ Single By 30, in which a pair of high school friends nearing their fourth decade who decide to make good on a vow to wed at 30 if still single.