The sequel to Crackle’s online film Dead Rising: Watchtower will go out through producer Legendary. 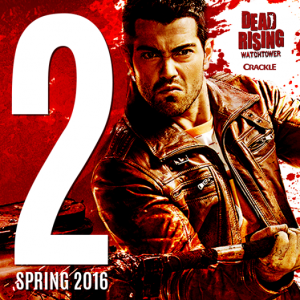 However, Legendary’s international TV boss Michael Grindon told TBI that the follow-up to the zombie move, which is scheduled for 2016, will be a Legendary title.

“When Dead Rising was commissioned, I was literally just coming on board and we’d decided we needed someone to get it out on market as we were setting up our distribution group.

“Crackle was very please with the performance; it got great ratings. A second movie has been commissioned, which we’ll be taking out to market next year.”

Watchtower executive producers Tomas Harlan, Tim Carter and Lorenzo di Bonaventura will return for Dead Rising 2, which is planned for Spring 2016. Based on the video game series, the films take place during a large-scale zombie outbreak.

The films’ producer, Legendary Digital Media, has “two or three projects lined up”, Grindon added. “These pieces done for digital media can have very unique distribution patterns, which can vary by territory.”