It’s a common sight in Asia: husband and wife, together on the sofa – or possibly propped up on pillows in bed, each with a tablet watching their favourite TV shows. Not long ago, it was an entirely different story. 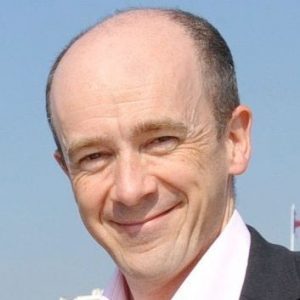 When I first came to Asia almost twenty years ago, it was not unusual to see dozens of people gathered around a single TV set in a car repair shop or cafe. For ordinary people, you were outside a lot as your home probably didn’t have air conditioning or TV. Binge-watching your preferred shows was non-existent. Catch-up? Wasn’t that something you put on burgers?

Fast forward to today. The trends redefining TV in the West are exploding in Asia, very quickly. Programmes, channels, online video, formats. Deals and tie-ups. FremantleMedia and the Shanghai Media Group, HBO and Tencent, Netflix and Alibaba-backed Wasu Media. The increasing digital streaming opportunity is but one identifiable trend that is reshaping one of the hottest areas of New Consumerism in Asia.

A recent report by Juniper Research predicts that subscribers to over-the-top, or OTT, TV services will jump from about 92 million in 2014 to 332 million globally by 2019. The data suggests that after North America, Asia will be the next fastest-growing region. We discussed this and other leading trends affecting the TV and online video industry at the third Formats Asia in Shanghai 9-10 June 2015.

And it’s not just streaming; there are myriad other significant developments providing a wealth of opportunity (and also heated debate), which include the impact of mobile on premium content; the ever slippery regulatory landscape; changing viewing habits in Asia from entertainment to drama to factual formats; the growing footprint of social media; the thundering herd of big data, analytics and programmatic advertising and the concept of Asian producers ‘going global’.

For the Asia Pacific region, much of this is being driven by the convergence of three mega macro trends: technological breakthroughs in TV and online video, the creativity migration from cinema to long-form TV and the rising Asian consumer. It’s not that difficult to follow the money. The Juniper report said the ad spend on video on demand will quadruple by 2019, with the APAC region in the ascendancy by that time.

In business, one always counts on new opportunities because if you look hard enough they’re always there. But now does feel like a special time. We expect an eruption of new ideas at our event, but also at China and the World, an event held last week (June 10), in which we partnered with CASBAA.

While investment to date has been more into the Asia Pacific, new spending plans are being directed at taking shows out.

A feature of the collaboration between FremantleMedia and SMG is to combine so-called Asian values with Western creativity, to create new global properties.

Ian Hogg, CEO of FremantleMedia Asia Pacific, recently said: “The opportunity to create and execute story telling that focuses on Chinese values and tastes blended with Western structure and creativity is a very powerful combination.” It is hard to argue with the notion that outbound production and investment is gathering pace.

So what’s the red flag to the bull? For content and format owners, producers, broadcasters, advertisers and investors, ​it’s the exploding market.