Channel 4 and Jason Thorp are due to launch a new on-demand service dedicated to “the very best foreign-language series” this autumn in the UK, with more roll-outs to follow in other markets. 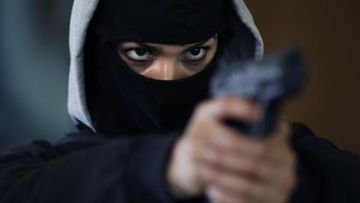 4World Drama (WT) will be available for free in the UK through Channel 4’s new digital hub, All 4, and will feature more than 500 hours of box-set drama from around the world that has not yet broadcast in Britain.

Channel 4 has partnered with a new firm, Global Series Network, to create the platform.

Former head of the Fox International Channels UK, Jason Thorp created the company with the ex-creative director of Discovery Communications-owned prodco Betty, Walter Iuzzolino, and Jo McGrath, who has spent the last year as head of production for Fox International Europe. The trio will manage World Drama.

Thorp left his post as executive VP, content for Europe and managing director for FIC in the UK and Africa in late 2013 after a decade at the 21st Century Fox-owned broadcaster. He was later replaced in his British post by TV3 content chief Jeff Ford.

GSN is independent, but was set up with financial backing from Channel 4 to act as parent company to World Drama, which will feature shows such as SVT1’s Swedish political thriller drama Blue Eyes (pictured).

Channel 4 said that 4World Drama will be supported by ads and sponsorship and will tap into the “growing demand for premium foreign-language drama”. A selection of the best series from the line-up will also be premiered on Channel 4’s linear channel, More 4, in a dedicated slot.

Channel 4 said the two parties “plan to rollout World Drama in a number of other TV markets,” without giving further details.

Channel 4 CEO David Abraham, said: “We’ve seen from the response to titles like The Returned on Channel 4 that there’s a real appetite for quality international drama from UK viewers – but only a small selection of foreign-language series have been able to get a UK broadcast partner. This new service will be a fantastic showcase for creative talent around the world and an innovative addition to All 4.”

Channel 4 launched All 4 as a replacement for its previous 4oD offering in March. The service hosts all of the UK broadcaster’s linear channels, digital content and other online services in one place.