Italian public broadcaster Rai has commissioned Don’t Ask Me, a live and interactive entertainment format developed in the UK. 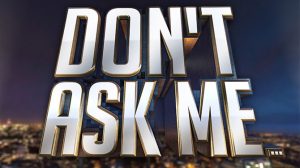 Following a deal with distributor Sky Vision, Rai will get a 4x120mins local version of the show, which will be titled The Italians Are Always Right. Elephant Italia is onboard to produce.

The format hails from Sky Vision-backed Chalkboard TV. MBC in the Middle East has already ordered a local version, while Zebra Productions in Spain and Elephant Group in France have both optioned it.

The format sees studio contestants using live opinion polling of viewers to guess the tastes of the nation. Viewers also vote to decide the outcome of tie-breaks and celebrity guest appearances.

“We are excited by the possibility of giving our viewers such a new, interactive take on a classic entertainment show,” said Claudio Fasulo, head of primetime entertainment for Rai Uno. “There is so much fun and flexibility to be had with the format; its part-game show, part-entertainment show and part-infotainment.”

Elephant, Zebra and the Middle East’s Imagic have all invested in the firm through their IZEN Group.