The first adaptation of US legal drama Suits is in the works after NBCUniversal optioned it to South Korea’s EnterMedia Pictures. 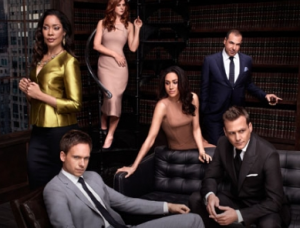 In the US the series (pictured) has run to five seasons on cable net USA Network. It follows a hot-shot lawyer who has to hide the fact he has never attended law school.

NBCUniversal International Formats struck the Korean deal, which is the first format agreement for the show and the Comcast-owned studio’s first scripted format deal in Asia.

Sebastian Dong Hun Lee and David Kim of EnterMedia Contents will work on the adaptation for the Korean market. The pair have previously adapted Korean hit scripted series My Love from Another Star and Good Doctor for the US.

Yvonne Pilkington, senior VP, formats and production, NBCUniversal International, said: “This deal further cements our interest in broadening our activity in the vibrant Asian market. Having recently acquired Korean non-scripted formats for international distribution [Hidden Singer and Where Are We Going, Dad?], we are excited to announce Suits Korea as our first scripted format deal in Asia.”

David Kim, managing director of EnterMedia, said: “This will be the first ever adaptation of this US show in Korea as well as in Asia, and many US scripted shows have been very popular amongst Korean audiences.”