CBC stocks up on BBC and ITV drama

Canadian pubcaster the CBC has bought UK period drama Banished and a new adaptation of Jekyll & Hyde and both are among the highlights of its upcoming 2015-16 schedule.

Banished (left), which follows exiled Britains in an Australian penal colony in the 18th century and airs on BBC One in the UK, has been acquired from BBC Worldwide, the commercial arm of UK pubcaster the BBC.

Jekyll & Hyde (right) will go out on ITV in the UK and the cast includes Tom Bateman (Da Vinci’s Demons), Richard E Grant (Withnail and I). It is distributed by ITV Studios Global Entertainment, which struck the CBC deal. 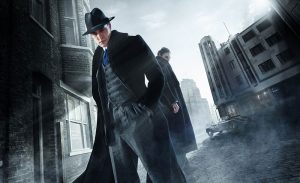 Banished and Jekyll & Hyde are among several internationally-sourced series in the CBC’s new season schedule.

On the drama front it has also acquired Love Child, the eight-part drama that is set in late 1960s Australia and which follows a group of women at a home for unwed pregnant women. It is distributed by All3Media International and went out on the Nine Network in Australia.

UK comedy Raised by Wolves was another acquisition. It airs on Channel 4 in the UK and is also distributed by ITV Studios.

The Canadian broadcaster has also renewed a long running deal for UK soap Coronation Street with ITV. The agreement gives the CBC exclusive rights to new instalments of the show as well as 8,000 previous episodes.