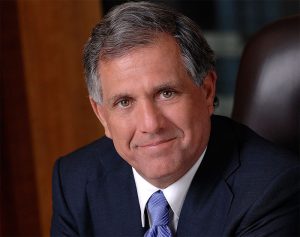 CBS president and CEO Les Moonves said the firm would “probably” do a deal with Apple for its much-rumoured forthcoming cloud TV service.

Speaking at the Code Conference in California yesterday, Moonves said that he is “very excited” about the service and joked that “Apple are proven, they’re pretty darn successful.” However he said it would take “money” for an agreement to be reached.

Speaking at the event, organised by tech site Re/Code, Moonves predicted the slow demise of the “200 channel universe” but said that companies like CBS would still prosper in an age of  ‘skinny bundles’ of TV channels.

Asked about competition from the likes of Netflix and Amazon, Moonves told conference attendees that these services are a “friend and a competitor.”

“They pay us hundreds of millions of dollars a year for our content… my life is much better with Netflix in it than without it,” he said.

According to reports from earlier this year, Apple plans to offer an online TV service with a slimmed-down, cable-style bundle of roughly 25 channels – in partnership with broadcasters including ABC, CBS and Fox.