Another year of excess, exuberance and extreme selling at the Hollywood studios is over, but the nature of the mayhem is changing, writes Jesse Whittock 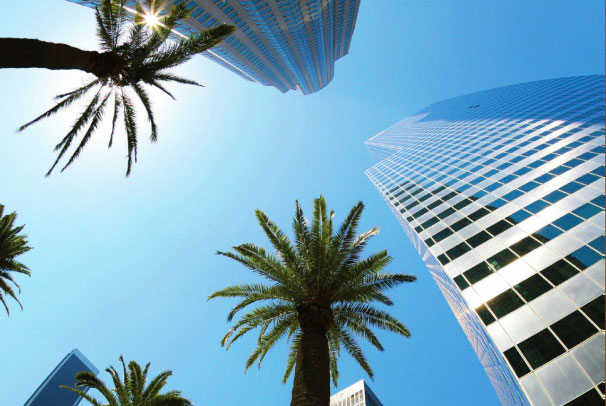 The LA Screenings began as they shouldn’t – grey clouds and prolonged rain shows dampening the spirits of the buyers flying in to Hollywood (one local hyberbolically claimed California has not seen any “any rain for two years”).

Poor weather aside, there were also unusual trends emerging on the studio lots. Chatter among acquisitions execs included the value (or otherwise) of output deals, a perceived level of overkill in the  superhero drama genre, local content versus US procedurals and a feeling the quality in 2015 outmatched that of previous years.

Disney Media Distribution and CBS Studios International were singled out for bringing strong slates to market, with cable fare also looking like it will continue to make an impression around the world.

Disney’s recent shift to more adult drama programming is paying off: LA serial killer drama Wicked City (“my favourite show of this year’s crop,” one buyer told TBI), FBI terrorism serial Quantico (left), Shonda Rhimes’ drama The Catch and mystery-thriller The Family were all talked about as truly innovative projects that could work well internationally. There was also praise for a 10-minute Muppets trailer and John Stamos comedy vehicle Grandfathered.

CBSSI, meanwhile, had the sleeper hit of the market in Crazy Ex-Girlfriend, which was developed for Showtime but ended up on The CW. Described to TBI by one buyer as “wonderful filth”, the show stars internet music-comedy star Rachel Bloom as a young woman that packs in her high-fling but unfulfilling New York law job to move to West Covina, California to chase a former boyfriend. The blue language, near-the-knuckle jokes and set-pieces had buyers wincing and roaring with laughter at the same time.

The show’s potential on The CW in the US and further afield will be down to what cuts and edits are made from now until airing, with some buyers telling TBI they would take it in its current form but will wait to see the final on-air product before committing.

Also singled out for praise was another Showtime developed-series, Billions (right), in which Damian Lewis and Paul Giamatti bump heads in a game of high-finance chicken. “We haven’t had a series that makes us think ‘yes’ for a couple of years, but that could be it,” one European buyer said. TBI humbly suggests its cold-open was the most attention-grabbing of the pilots on show this year.

Over at Sony, The Player (left) was lauded as a fun, Blacklist-style effort, while cable series Mad Dogs, which is based on the Sky series from the UK, was seen as a very strong pilot with potential for multiple seasons.

There were mixed reviews of Warner Bros. International Television Distribution’s slate. Blindspot – probably the buzziest pre-market series besides ABC’s The Muppets – was well-received, while Rush Hour (below) had viewers on the Burbank lot praising the casting, especially of Justin Hires in the Chris Tucker role. 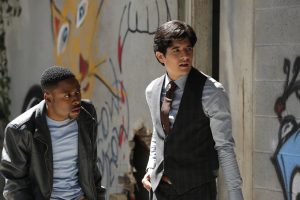 Lucifer, an effort for Fox in which the devil decides to leave the Underworld and instead help the LAPD, was another singled out for great casting. Brit Tom Ellis plays a quick-witted Lord of Hell as your favourite worst-nightmare and you can be sure of global interest.

Supergirl (below), meanwhile, came in for both praise and criticism. Some dialogue was considered a little forced, but overall the feeling was another comic book hit is on the way, this time for broadcaster CBS.

But with both Lucifer and Supergirl representing yet more comic book adaptations (along with DC’s Legends of Tomorrow for The CW) there will be 10 superhero-derived series on network television in the 2015-16 season. “It feels like overkill,” one buyer told TBI on the condition of anonymity. “We all wonder how long it’s going to continue,” another added.

Pre-market, there was plenty of talk about the new medical procedurals – namely NBCUniversal’s Heartbreaker and Chicago Med, Fox’s Rosewood (right) and Disney’s Code Black. It was the latter’s unique take – a drama set in an ER that handles a crazily high number of crash codes a year – and shooting style – raw shots aping the documentary it was based on – that seemed to have piqued interest.

Indeed, the show was one of several deals Canadian broadcaster CTV secured this week, along with fellow Disney offers Quantico, The Catch, Oil; and Warner’s Blindspot and DC’s Legends of Tomorrow.

The other main talking point was that of output deals – or, more specifically, the future of such agreements. Last week saw Nine Network in Australia walk away from its pact with Warner Bros. A figure of A$100 million (US$78.9 million) per year was claimed to be the deal’s value, and it is clear Nine no longer sees that as wise expenditure.

One European buyer told TBI their long-running output deal with one Hollywood studio was “the single biggest problem we have”, with one or two reliable and strong-rating shows no longer making up the shortfall in those that either don’t rate or are cancelled early.

Of course, this could all be posturing and a play to drive down costs for what is still largely regarded as the A-grade of global scripted content – no doubt studio bosses will see it that way.

However, many buyers are now pointing to the huge numbers of other options available – strong coproduced fare, UK dramas, SVOD originals and programming from newer international markets such as France and Germany.

The Hollywood studios’ ability to continually churn out good-looking, exciting television cannot be overstated – the pilot system remains rock solid, if expensive. That straight-to-series orders are now established means costs are coming down, and there is no discernible difference on-screen.

While Disney had the best-received slate this year, each studio has excellent new programming and can look forwards to another year of strong sales, judging by the huge numbers of buyers from the broadcast, SVOD, free- and pay-TV worlds in Hollywood last week. How those deals are structured in an era of on-demand, technological innovation and rights scrambles is another story.