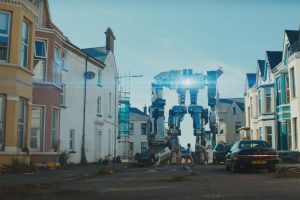 The movie starred Ben Kingsley and Gillian Anderson and was released theatrically in the UK earlier this year.

It follows a group of survivors battling against alien robots who have overtaken the earth.

UK prodco Bucaneer, which struck a deal with Tempo, the producers of the original movie, will make a TV series set in a parallel universe to the one featured in the movie.

No broadcaster is officially attached.

The announcement was made at the London edition of Comic Con.

Bucanner founder Tony Wood said: “I’m thrilled to be working with Piers Tempest and Jon Wright to reimagine ‘Robot Overlords’ for an international family TV audience. Robot Overlords is a great British sci-fi brand in the tradition of classics such as ‘Quatermass’ and Dr. Who – packed with special effects and rebellious excitement.”

The Robot Overlords movie, meanwhile, will get a home entertainment release later this year.