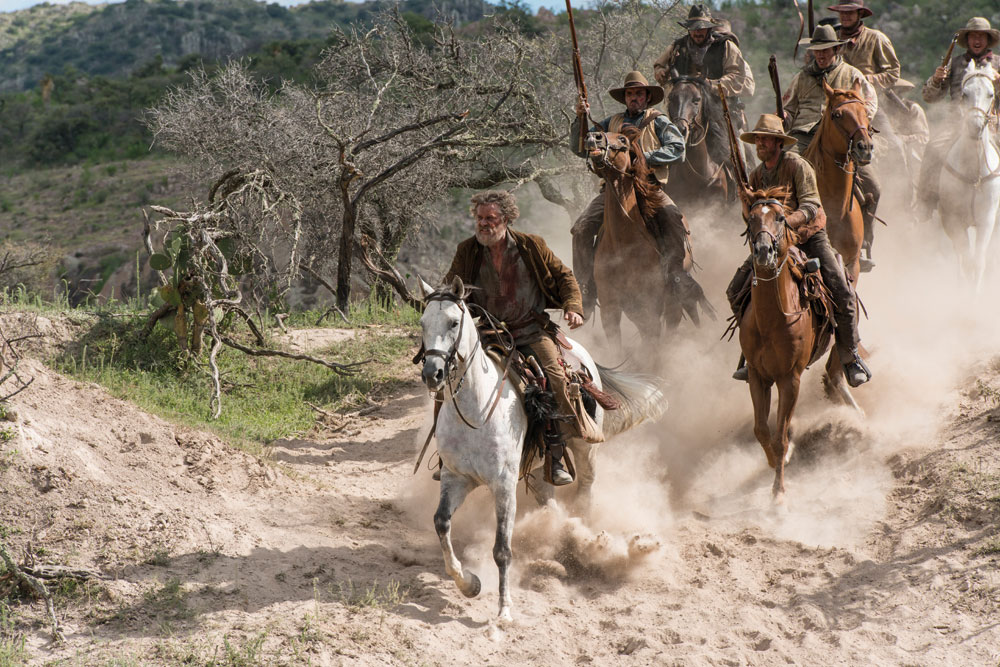 The story of History’s new historical miniseries, Texas Rising, which debuts this evening on Memorial Day, according to the key players behind its creation

The patriotic rallying call Commander William B. Travis delivered in an open letter to his fellow Americans on February 24, 1836 sets the scene for US cable channel History’s biggest drama launch of 2015. A day before, Travis’s Texian (non-Hispanic white residents of Mexican Texas) troops were surrounded by those of Mexican general Antonio Lopez de Santa Ana at the Alamo. Defeat seemed almost certain and duly followed. The famous incident provides the backdrop to Texas Rising, but as the show’s creator, Leslie Greif, says, it is by no means the singular focus of the series, which has Roland Joffé (The Killing Fields) attached as director, and is epic in every sense of the word. “Of course people know the Alamo, but that wasn’t the end, it was the beginning,” says Greif.

Thinkfactory Media founder and CEO Greif has a long-held interest in this period of American-Mexican history, and has even had a network television set in and around these events before. Twenty-two years ago, he began producing Chuck Berry vehicle Walker, Texas Ranger for CBS. It ran for eight years, cementing Greif’s admiration for the Texas Rangers, the US’s “oldest law enforcement organisation,” he says.

“The formation of law and order and a police force was something that always fascinated me,” he says. “At the same time, the Texas Revolution was a very interesting part of American history. Texas was not part of America at that stage, it was it’s own country, self proclaimed, which tried to separate itself from Mexico, but it was also made up of US and European settlers coming into this disputed territory.”

This, he says, is where the public’s knowledge of the history often ends. The lessons from the period are what makes Texas Rising relevant to television audiences in modern-day American (and beyond), he adds.

“What we did differently with Texas Rising was to tell a huge saga. Our journey is called what it is because it’s not just about the Rangers and the US position. It’s about the settlers, the frontiers, the Indians fighting for their land, Santa Ana fighting to expand his footprint. We will see how all these people’s lives are affected.”

Geopolitically, the show touches upon themes that helped define a century, he adds. “Mexico was freeing itself from Spain [and] Canada was a British territory at that point: what a great period to look at how the modern 20th and 21st centuries formed, during those geopolitical conversations.” 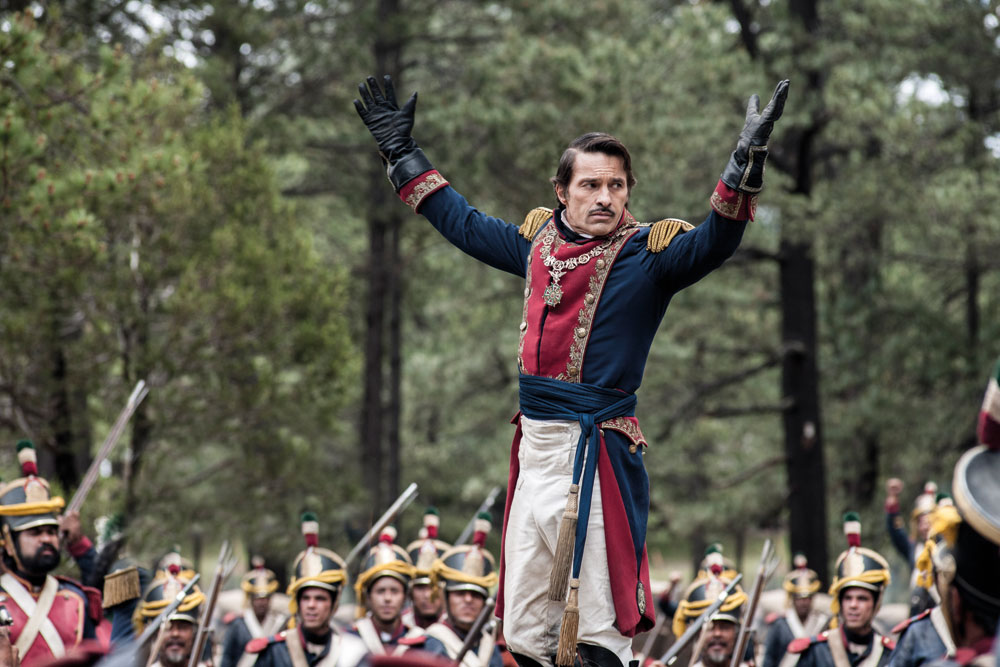 Greif sold his production company to ITV Studios nearly two years ago for a reported US$30 million, giving him access to UK broadcaster ITV’s investment clout and global distribution network. A year before that he had struck ratings gold for History with another drama set in 19th century America, four-part miniseries Hatfields and McCoys, scoring a then cable record 13.9 million viewers. With History parent A+E Networks last year launching A+E Studios to create a pipeline of self-produced drama for its channels, the stars were aligning to bring Texas Rising to TV.

Convinced that the cable network was the right place for the show, Greif approached A+E president Nancy Dubuc and History general manager Dirk Hoogstra with his new project soon after Hatfields had landed so dramatically.

“The philosophy Nancy and Dirk preach harks back to why we had great movies in the seventies – the last time studio executives allowed producers and directors to go and out fulfill their visions,” he says. “And we want to deliver for them because they delivered for us.”

His vision quickly won over the A+E executives. Hoogstra, who is History and H2’s general manager and executive VP, recalls: “Leslie’s pitch began at the Alamo, and as he went on I couldn’t believe all of these surprising elements to the story I didn’t know about.”

ITV Studios was already aware of market gossip around the project, and after taking over Thinkfactory was a willing investor, especially if it meant gaining worldwide sales rights to take to increasingly-hungry drama buyers. Accordingly, ITV Studios America joined the project as a coproducer alongside A+E Studios, and sales division ITV Studios Global Entertainment picked up international distribution rights.

“We essentially set it up as a co-studio project between A+E Studios and ITV Studios US, with GE coming in as distributor,” says Dan Gopal, ITVSGE’s executive VP, EMEA, distribution and global digital partners.

Serendipitously, ITVS America chairman Paul Buccieri, who had backed the project from the off – “he knew it had international and US appeal,” says Greif – switched over to A+E this year, becoming Hoogstra’s direct report as president of History and sister channel A&E. 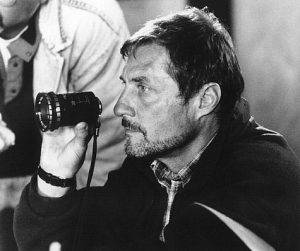 Added to the melting pot was Joffé (pictured) as director – the English-French film auteur had been a fan of Hatfields. “He told me a story that he popped in the show at 6.30pm before he was going out one Saturday night ahead of an 8pm dinner, and by 7.30pm he had cancelled the food,” says Greif.

Shot in CinemaScope (like the classic Westerns), the five-month shoot took place near Durango, Mexico, and began last May. “It is always about the film with Roland,” says Greif. “He speaks and thinks about the film, not the budget. The actors and crew knows he is a general and that we are going to get the maximum out of the shoot that day. Bill Paxton has worked with the greats and said [working with] Joffé was the best experience of his life.”

Hoogstra was impressed with the results. At a conference earlier this year, he let slip that he delivered Greif just one note during filming, which read: “F*cking awesome.”

Reminded of the incident, the History exec smiles. “It’s true, that was the only note: it’s infamous now! But Roland Joffé is amazing and the cast performances are amazing,” he says. 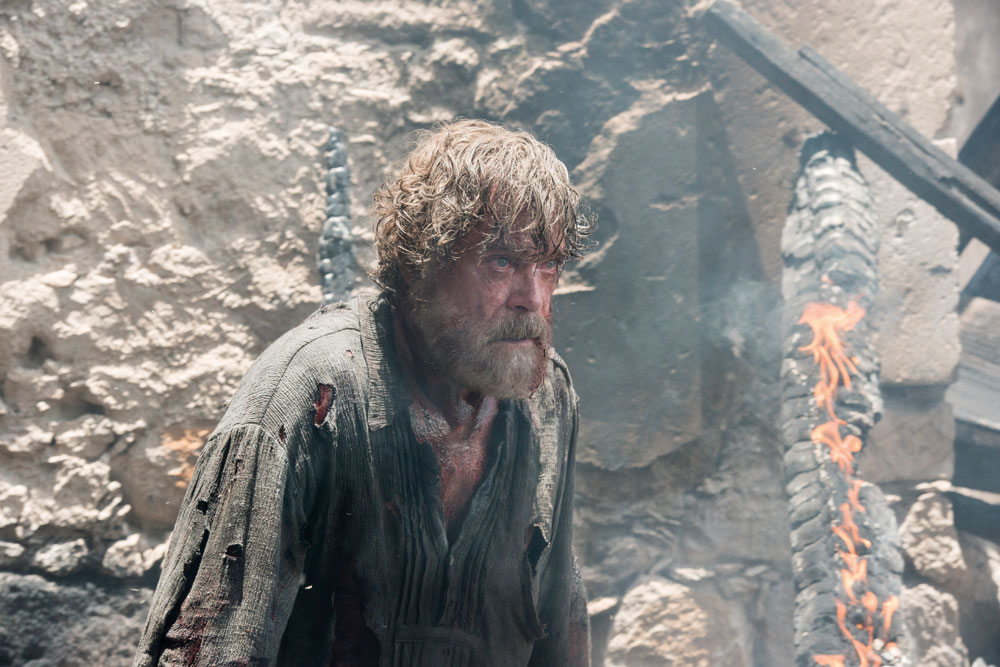 Those following the progress of History and Thinkfactory know that the success of Hatfields poses questions for Texas Rising. What constitutes a good return for your new drama when the last one set records that have only topped by subsequent mega-hits such as The Walking Dead?

Hoogstra says an “apples-for-apples” comparison is hard to gauge in the modern era, and only getting more problematic as TV audiences fragment further.

“I’m always loathe to make comparisons, and what we’re going to be proud of [regardless] is the film itself. In just a few years so much has changed about the way people watch TV: when Hatfields launched channels didn’t even report the +3 ratings.”

Nethertheless, the scale of the investment from the network is clear. “Texas is our biggest project of the year”, says Hoogsta.

History is launching the series on Memorial Day (May 25, traditionally a strong day for the channel’s ratings) and will run it as a four-episode event mini. Before that, A+E has secured a 500-theatre run in American cinemas to generate hype and awareness.

“For promotional purposes we’re putting it in a certain amount if theatres that people can attend in advance of the TV debut,” says Hoogstra. “We’re getting promotion now in theatres, and we’re hoping to build on the buzz after those screenings.”

In typically upbeat manner, Greif says that these various windows and screens, added together, mean Texas Rising will be seen by up to 30 million viewers in the United States.

ITVSGE, meanwhile, brought Joffé, Greif and Paxton to Cannes for an exclusive global premiere screening at MIPTV. Internationally, the mini is also available as a one-hour series.

“My goal is to get this to market, identify the right partners and get good deals done quickly,” says Dan Gopal. “Windows have to be close to the US launch as we all know about the potential for piracy.

“If we could find a strategic way of doing that – certainly in the key territories – as close to the US debut as possible, it is in our interests, and those of A+E and the show.”

In marketing terms, Gopal says shows based on historical events present “a good hook on which to build a story around”, and he expects buyers to be impressed by the ambition and scale of Texas. “You’ve got action sequences, love, bravery, tragedy, drama and more tender moments,” adds the ITVSGE exec.

Gopal says he’s satisfied ITVSGE’s investment has been reflected on-screen. “It’s been shot in 6K, and the film director’s perspective really comes across in every shot. We’re very lucky, it has been devised as a television series with a filmic sensibility.”

Greif is already working on the next act for the show. While Hatfields was always going to be a closed mini, Texas Rising has far wider scope, and a second season is in development.

Currently titled The Comanche Wars, it takes the story of season one, which ends at the Battle of Jacinto, forwards five years. Some core characters will remain, with new ones added and new stories explored.

The war cry from Commander Travis 179 years ago marked just one key point in the history of the creation of America, and there are plenty of others to examine, says Greif. “Our intrinsic saga is a story about both the Texas Revolution and about the formation of a nation.”