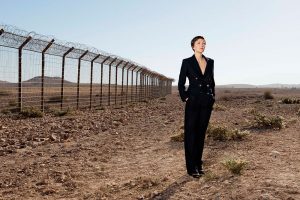 Sony has acquired a package of drama from BBC Worldwide for its German entertainment channel.

The dramas, which will be getting their pay TV premiere in Germany, will go out on the Sony Entertainment Television channel.

Bettina Hermann, Networks territory director, Sony Pictures Television Germany, said: “Our mission is to make the best drama series of the most important European markets accessible to our viewers and this partnership with BBC Worldwide Germany is another step in that direction.”