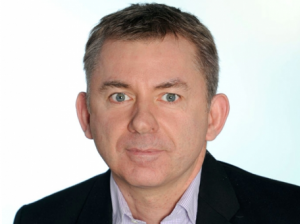 SVT is in Hollywood chasing shows with a ‘wow factor’ that will create buzz among the Swedish pubcaster’s audiences.

SVT has six drama slots a week, most of which are at 9.30pm or 10pm, but is in the market for drama or comedy that veers away from traditional genres such as cop procedurals and instead takes a louder approach.

“A few years ago procedurals were the be-all-and-end-all, but we want something that people will be talking about the next day,” said Stephen Mowbray, SVT’s head of programme acquisitions.

He cited Showtime’s Homeland and HBO’s True Detective as drama acquisitions that have hit this brief in recent years, adding: “The last time we got that ‘oh my god’ feeling was from Homeland. I don’t want nice family banter that we can get from Europe; I want something that people will react to.”

Mowbray said US acquisitions had to deliver audiences akin to those SVT would get for local productions or cheaper European acquisitions to be considered successful. “They have to be able to deliver market share that any other show would,” he added.

Mowbray also noted that shows such as The CW’s Crazy Ex-Girlfriend, which was initially developed for cable, suggested the US networks were become more risqué in their comedies. “The studios are pushing the envelope in comedy,” he said.