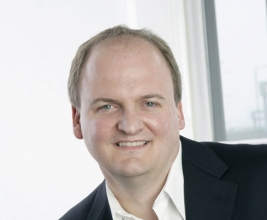 The BBC Worldwide and Scripps-owned channel operator said its investment in content drove the positive numbers, with it also taking its highest ever share of the overall commercial TV audience, which came in at 9.1% across the bouquet of channels in 2014, compared with 8.2% in FY2013.

Darren Childs (pictured), UKTV chief executive, said: “This is the first time in the history of British television that a non-PSB channels business has played such a big role in the ratings, but expect much more from us.

“We are significantly increasing our investment in brilliant content, both in what we spend on our outstanding UK originations and in our enviable collection of ‘best in class’ acquisitions from BBC as well as from C4, ITV and overseas.”

Its Dave channel was, UKTV said, the most-watched non-pubcast channel in the UK through 2014.

UKTV CFO Jan Gooze-Zijl said: “Our strategy of focused investment in content and channels that viewers love is paying off in our financial results – in 2014 we generated record levels of revenue and we increased EBITDA by 10% to achieve an all-time high of £74.1m.

“In 2015 we are substantially increasing our investment in content beyond the 2014 levels of £123m and already we are delivering year on year market share growth in our viewing.”