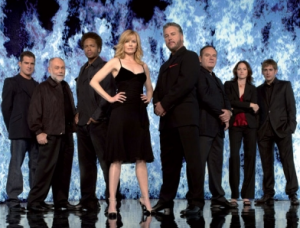 Irish pubcaster RTÉ is at the LA Screenings searching for three dramas to replace CSI, The Mentalist and Revenge.

The broadcaster also needs a new sitcom to sit alongside The Big Bang Theory and Two Broke Girls, but has made fresh dramas the priority.

This comes as Jerry Bruckheimer’s CBS procedural CSI comes to a close after 15 seasons; The Mentalist after seven; and ABC’s Revenge after four.

“This year we have definitely lost those shows, so we have three slots of 22 episodes that we will need replacements for,” said RTÉ’s director of programme acquisitions, Dermot Horan.

He pointed to a batch of new procedurals, which include Disney Media Distribution-sold Code Black and Twentieth Century Fox Television Distrbution’s The Frankenstein Code.

Various buyers at the studio lots have voiced concern over a perceived lack of multi-cam sitcoms on offer this year.

Notably Warner Bros. Television, which usually supplies leading network CBS, has none on its slate. This is in part due to CBS having two nights of American football this season, meaning a reduction in available slots until later in the year.

“What we would like to see are some new sitcoms,” said Horan. “There are some single-camera comedies [on studio slates], but there doesn’t seem to be many multi-cam sitcoms.”