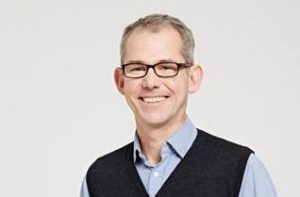 Red Planet was set up by veteran writer Tony Jordan in 2005 and its drama credits include BBC series Death in Paradise and The Ark.

Raikes will be work up a slate of factual and fact-ent as the prodco moves into unscripted. He joins this summer from Viacom-owned UK Channel 5, where he was commissioning editor, factual.

His commissions at the commercial terrestrial broadcaster have included 10,000 BC, Miracle Babies, Can’t Pay? We’ll Take It Away and Inside Broadmoor. He has also been series editor on long-running Channel 4 factual series Time Team.

Speaking about the move into unscripted, Jordan (right) said: “Red Planet Pictures has become synonymous with producing ratings-winning, ambitious and bold drama content but I don’t want to restrict us to one genre. We are in the business of stories – whether they are fictional or factual – it is about creating an engaging narrative.”

Raikes added: “I’ve had a wonderful time at Channel 5, and it’ll be a huge wrench to leave. But this is an unmissable opportunity, and I’m thrilled to be joining Red Planet Pictures and working with Tony to develop fresh new factual programming for audiences around the world.”