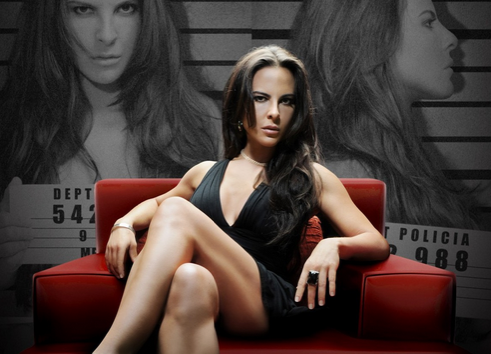 Fox 21 Television Studios and USA’s NBCUniversal stablemate Universal Cable Productions will make the 13-part show, which will be known as Queen of the South and debut in 2016.

La Reina Del Sur began life as a best-selling novel from Arturo Pérez-Reverte before becoming one of the best-rating telenovelas on USA sister channel Telemundo (pictured above).

Queen of the South will follow a woman (Alice Braga) who positions herself to become the leader of drug cartel after going on the run when her dealer boyfriend is murdered.

M.A. Fortin and Joshua John Miller (The Final Girls) will executive produce along with David Friendly (Little Miss Sunshine) and Pancho Mansfield (Damien). A showrunner will be appointed in due course.

Fox 21 TV Studios, which was recently born out of merger of cable prodco Fox 21 and network-focused Fox Television Studios, developed and produced a pilot before the season greenlight.

“From script to inception, Queen of the South had us hooked,” said Chris McCumber, president of USA Network. “Alice Braga does an outstanding job playing Teresa Mendoza, a determined woman who defies all odds, to not only survive, but to thrive in an unfamiliar world.

“The novel has been embraced around the globe, and the telenovela broke records – now we’re looking forward to sharing this unique version of her story on USA.”

The show becomes the third drama from the 2014-15 development slate to get a pick-up. The others are a thriller from Burn Notice creator Matt Nix, Complications, and dystopian-LA drama Colony, which comes from Legendary Television and UCP.