The kids division of production and distribution giant Zodiak Media has struck a deal with Australian prodco Tower 10. 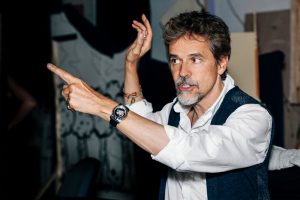 Zodiak Kids and Tower 10 said they will coproduce a string of kids shows together, starting with an animated series based on the Tiger Team book series, which was created by Tower 10 founder Thomas Brezina (pictured).

Jean-Philippe Randisi, CEO of Zodiak Kids, said: “In Tower 10 we have found an ideal production partner to work with to create children’s series with worldwide appeal. Tiger Team has already achieved massive success with audiences across many countries and we look forward to extending the brand into other media.”

Gerrie Villon, CEO of Tower 10, added: “We are delighted to be working with Zodiak Kids Studios. The unparalleled experience of Jean-Philippe Randisi, Michael Carrington and Eryk Casemiro makes Zodiak the perfect partners to bring the diverse panoply of Thomas Brezina’s hit creations to TV audiences.”

Zodiak has consolidated all of its kids activities under the Zodiak Kids banner.