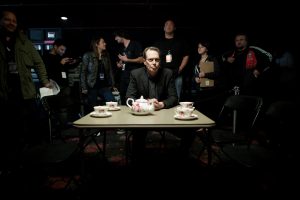 Online content firm AOL has ordered an original show from actor Jared Leto as it switches to a year-round commission strategy and scores a key deal with NBCUniversal.

AOL’s latest slate includes Beyond the Horizon with Jared Leto, in which the Hollywood actors, a tech investor, looks into trends of the future; while The Crunch Report is a daily news show that recaps key Silicon Valley stories of the day.

This comes as AOL, which has more than one million premium videos in its library and operates the AOL On platform, moves to what its president of video and studios, Dermot McCormack, described as a ‘Content 365’ strategy.

Furthermore, AOL also announced a broad content partnership with NBCU, which will see shows from the likes of USA Network, Oxygen and Bravo on AOL’s digital platforms. AOL ‘brand experts’ may also appear on NBCU channels and platforms, and the deal also includes partnering for original web series.

“We are embarking on a whole new era of digital content,” said McCormack at the upfront.

“With our 2015 NewFront line-up of original video content made to fit multiple screens and formats, we are reimagining the definition of original programming and setting the vision for the content industry’s future, which we believe to be the very best of what TV does combined with the mobility, interactivity and openness of the internet. 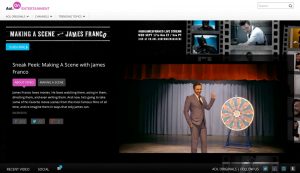 “Content is still king but it’s the kingdom that is changing.”

“AOL is bringing the very best of culture and code to the NewFront stage this year,” said Tim Armstrong, chairman and CEO, AOL. “We have spent the last five years investing in original video and building one of the most scaled video platforms in the world.”