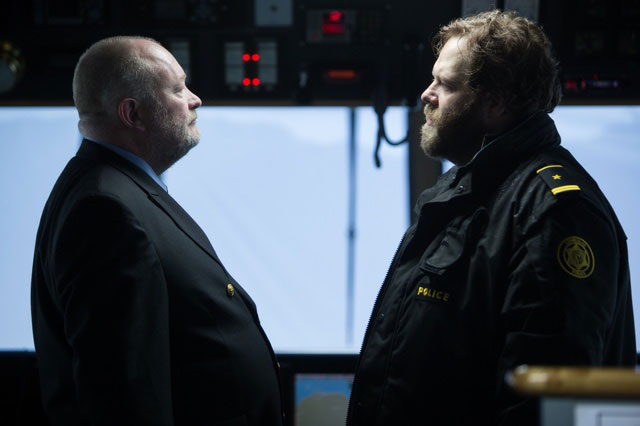 The ten-part series will go out on BBC Four in the UK, marking its latest foreign drama acquisition after the channel bought Swedish series including Never Wipe Tears Without Gloves and Crimes of Passion from Sweden, Hostages from Israel and Danish historical drama 1864. Trapped will be its first-ever deal for a drama out of Iceland.

The series is set in a small Icelandic town in which a mutilated body is found as a blizzard sets in, trapping its inhabitants.

It comes from Iceland’s best-known contemporary filmmaker, Kormákur, who is producing and directing. His prodco, RVK Studios, is making the series and the cast includes Ólafur Darri Ólafsson (True Detective) and Bjarne Henriksen (The Killing).

Cassian Harrison, editor, BBC Four, said: “BBC Four leads the way with international drama, drawn from a brand range of different countries, and I’m very pleased to be bringing this compelling, atmospheric thriller – our first from Iceland – to the channel.”

Filmed on location, Trapped is predominantly filmed in Icelandic and was commissioned by Icelandic pubcaster RUV. With an budget of about US$7.5 million, it is the broadcaster’s biggest ever drama project.

There is an extensive list of international copro partners including ZDF, SVT, YLE, DR1, NRK and France Télévisions. The BBC was an early investor and will have a credit, but its deal was a pre-buy and is not a coproducer.

Internationally, the series is being sold by Dynamic Television, the distributor run by Dan March and Klaus Zimmermann. Both are exec producers on Trapped.

Sue Deeks, BBC head of programme acquisition, added: “A truly gripping storyline, stunning Icelandic setting and renowned feature film director Baltasar Kormákur was a combination impossible to resist. I am certain that BBC Four viewers are in for an absolute treat.”