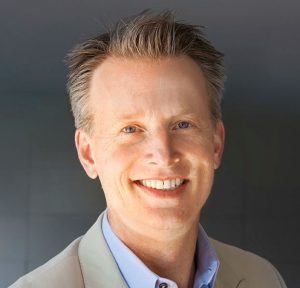 Buoyed by its recent deal with Mark Burnett that gave it The Apprentice and Survivor, MGM says it will become a ‘powerhouse’ in unscripted programming in the international market.

The US studio is best known for its features, and more recently TV drama including Fargo, Vikings and Teen Wolf.

However, it is now has some A-list unscripted programming on its books after a deal with Mark Burnett to create a new United Artists Media Group gave it distribution rights to the producer’s scripted and unscripted shows.

“We know the story with MGM and features and drama, but we want to grow our global free TV business, and the only way to do that is to be in the unscripted space,” Chris Ottinger (pictured), president, international television distribution and acquisitions at MGM told TBI.

MGM is distributing the upcoming Battlebots series, which will go out on ABC in the US, as part of an overall deal with its producer Whalerock Industries.

MGM also hired Matt Vassallo last year as a sales SVP, and, joining after a seven-year stint at Shine International, he brought unscripted experience to MGM.

Drama will remain the core MGM business, with upcoming projects including a TV series adaptation of MGM movie In the Heat of the Night, which is set up at US cable net Showtime. However, Post-UAMG, growth in unscripted programming is a priority.

“The first step of that strategy was to team with Mark Burnett and create UAMG, and we will make some more moves to build that [unscripted] business, whether that’s deals with high-level producers or further M&A,” Ottinger said. “We want to be a powerhouse in the unscripted business.”

The sales push on the Battlebots format got underway at MIPTV last week. The six-part series will go out on ABC in the US this summer and if it is a hit and quickly recommissioned, MGM hopes to bring the set to an international market and set up a production hub.

“We’d like to bring the US set to Europe and set up a hub, it’s the perfect show for that,” Ottinger said. “There’s nothing else like it in the market, it’s not another singing/reality show.