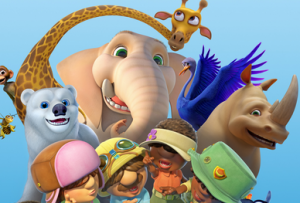 The third season of the 13x7mins show, which comes from South Africa’s Sunrise Productions, will debut on Boomerang in the third quarter of this year in Germany, Austria, Switzerland, the Benelux region and eastern Europe.

After this point, it will be licensed to free TV broadcasters. Belgium’s VRT is already on board the series. Seasons one and two have been sold into 182 territories.

Jungle Beat is a CG-animated, dialogue-free, slapstick humour series that focuses on bizarre situations different animals find themselves in.

“We are very happy to extend our programme portfolio with the multi-awarded show Jungle Beat,” said Turner’s programming director for kids channels, central and eastern Europe Sylvia Nagl. “It suits perfectly our kids and family channel Boomerang. The world premiere of season three is a highlight for out audiences in central and eastern Europe and will bring the families together in front of the TV.”